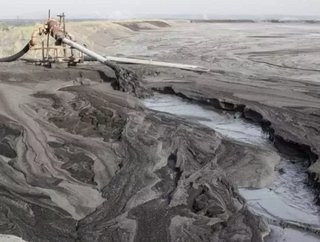 Duke Energy was cited Thursday for illegally and deliberately unloading as much as 61 million gallons of toxic coal ash waste into Cape Fear River, a wa...

Duke Energy was cited Thursday for illegally and deliberately unloading as much as 61 million gallons of toxic coal ash waste into Cape Fear River, a water source in North Carolina.

In February, Duke faced controversy during the Dan River disaster, in which a pipe burst into the Dan River, releasing 82,0000 tons of coal ash into the pond. Thursday’s disposal of coal ash waste marks the eighth time in less than a month that Duke has faced charges with violating environmental regulations.

Though Duke is legally able to dispose treated wastewater into the canal, they must abide regulations including filtering the water through “risers,” so that the residue in the water is able to settle. However, The North Carolina Department of Environment and Natural Resources reported that Duke did not follow proper protocol in discharging the waste.

Aerial footage of the illegal dumping was caught by Waterkeeper Alliance, an environmental group that aims to sustain safe water qualifications for swimming and ingesting worldwide. In an attempt to reach the pond, Waterkeeper Alliance were restricted by plant employees and a policeman, in which they turned to recording the incident via aerial vision.

Among the harmful toxins included in coal ash generated from coal plants are lead, mercury, arsenic, chromium, and selenium, all harmful substances for all who ingest them. Mercury poisoning can cause sensory impairment and can harm coordination, among other serious side effects.

Though Duke is a prime accused offender in placing harmful residue in water reservoirs, the U.S. Justice Department is continuing a criminal investigation of DENR and their relationship with Duke in light of the poor handling of Duke’s continuous violations. According to The Climate Progress, “the Associated Press recently acquired emails suggesting the staff at DENR was working with Duke Energy Officials before intervening in a suit by citizen groups against the company.”