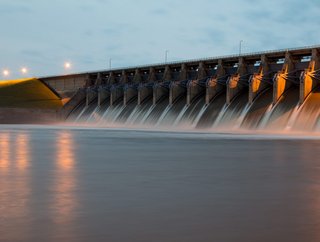 The Emerging Africa Infrastructure Fund (EAIF) has announced that it...

The Emerging Africa Infrastructure Fund (EAIF) has announced that it is providing a $56.34mn loan over 18 years to Nachtigal Hydro Power Company (NHPC) which will build a run-of-the-river hydro power station on the Sanaga River in Cameroon.

The Nachtigal plant is a key component in the Cameroon government’s National Electricity Development Plan. The hydro station will add 30% to Cameroon’s base-load electricity supply. Its clean, renewable energy will benefit the country’s households and industry and strengthen its business investment climate.

The $1.42bn plant will have an installed capacity of 420MW and supply Cameroon’s Southern Interconnected Grid. 100% of the station’s output is to be bought by the country’s privately-operated national utility, ENEO, under a 35-year availability-based take or pay power purchase agreement.

NHPC is a private company set up to build, manage and run the Nachtigal power plant. It is owned by the Republic of Cameroon, EDF International and the International Finance Corporation. The company will operate on a commercial basis and be corporately independent of its owners.

The financing of the Nachtigal project involves a total debt package of $1.032bn. In addition to EAIF, the international lending group includes the International Finance Corporation (IFC), which is also the mandated lead arranger of the debt supplied by development finance institutions (DFIs).

Commenting on the signing of the debt finance, EAIF Executive Director, Emilio Cattaneo, says: “This was a large and complex financing of a strategically important electricity generating infrastructure asset. Concluding the debt finance is a significant moment and marks many months of cooperation by the public and private sectors. As one of the most experienced providers of debt finance to the renewable energy projects in Africa, EAIF was able to move quickly to evaluate the project and meet a potential shortfall in the debt funding. Cameroon’s economy and people will benefit for many decades from the clean and green power the station will produce.”