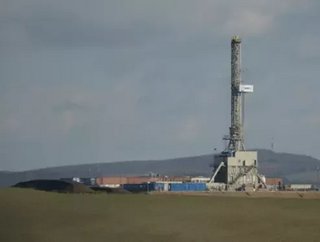 The first phase of drilling is expected to take five months and when complete, will allow water to be injected down the borehole to be superheated by the hot rocks beneath.

The hot water will then be pumped back to the top via a pipe suspended in the same borehole, generating heat initially to warm Eden’s Rainforest and Mediterranean Biomes, offices, kitchens and greenhouses. The same water will then be re-circulated to be superheated and used again.

Following the successful completion of this first phase, the next crucial stage is to drill a second well close to the first to a similar depth of around 4.5kms.

This closed circulatory system of two wells will bring even more heated water to the surface for heating in the local area and also allow the generation of electricity from the hot water.

Successfully completing the second phase will mean that the project will generate enough renewable energy for Eden to become carbon negative during 2023.

The geothermal energy market is projected to surpass US$50 Billion by 2027, according to Global Market Insights.

But the IEA says geothermal electricity generation increased by an estimated 3% in 2019, below the average growth of the five previous years. "The technology is still not on track to reach the SDS level, which would require a 10% annual increase in generation over 2019-30," it states.