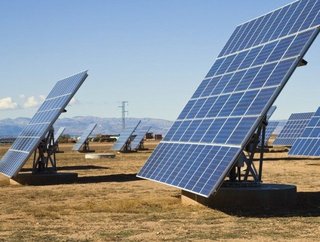 In a not-at-all surprising, yet welcome announcement, the U.S. Energy Information Administration (EIA) reported on March 24 that California had becom...

In a not-at-all surprising, yet welcome announcement, the U.S. Energy Information Administration (EIA) reported on March 24 that California had become the first state to generate over 5 percent of its electricity from utility-scale solar.

The EIA qualified “utility-scale solar power” as those installations that generate a minimum 1 megawatt of energy. Those installations in California produced a whopping 9.9 million megawatthours (MWh) of electricity in 2014, a 6.1 million MWh—or 160.53 percent—increase over 2013. The staggering additions to California’s solar capacity in that year meant that the technology increased from a 1.9 percent share of the state’s electricity generation in 2013 to 5 percent the very next year.

That being said, while we at Energy Digital are thrilled that our home state would be the first to receive the honor, we have to rhetorically ask: is anyone actually surprised that it’d be California?

In fact, it’s not even close. The following four states—Nevada, Arizona, New Jersey and North Carolina (in that order)—ended up producing a fraction as much as The Golden State. Take Nevada, for example. That state’s share of power generated by solar increased from 2.2 to 2.8 percent in 2014 over 2013, but that constituted an overall increase of less than 1 MWh. In fifth place, New Jersey’s solar power accounted for .7 percent in 2014, an increase from .3 percent in 2013.

When looking at the data with a highly critical eye, the picture that seems to emerge is that California took the honor because it’s the only state investing in utility-scale solar in any real way.

“California has promoted solar power through a series of state policies, including a renewable portfolio standard (RPS) that requires electricity providers to obtain 33 percent of the power they sell from eligible renewable sources by 2020,” the EIA said in a report.

Another aspect of the EIA’s report is more troubling. While solar is rapidly expanding in California, the overall share of electricity generated from renewable sources of energy is significantly down from 2011. That’s because several consecutive years of extreme drought conditions in California have caused hydroelectric power generation – which produced quite a bit more than half of that total in 2011—to fall by more than 46 percent compared to the previous five-year average. For its part, growth in solar offset 83 percent of that decline, but it’s safe to say that going forward, our gardens and our televisions alike could do with some rain.