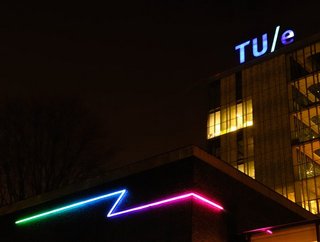 Students at the Eindhoven University of Technology, Netherlands, have manufactured what they have dubbed as the world’s most sustainable el...

Students at the Eindhoven University of Technology, Netherlands, have manufactured what they have dubbed as the world’s most sustainable electric car.

The two-seater ecomotive car is made from biocomposite, primarily made from flax, which considered to be more sustainable to create as well as recyclable.

The vehicle has been fitted with a polylactic acid matrix, rather than a polypropylene one, a renewable material.

The sandwich panel used for Noah’s chassis has been developed with the flax biocomposite and a honeycomb structure created with sugarcane, making the two-material chassis is entirely recyclable.

The car weighs approximately 350kg, making it an efficient vehicle to drive. With the optimised drivetrain system the students have called “smesh gear” the car can reach 97% efficiency during acceleration and 100% at constant speed.

The Eindhoven University of Technology has developed six modular batteries to power the electromotors.

The car has been designed to enable it to be used for carsharing, as it features NFC scanners on the doors which can be scanned by a mobile device and driven by a new user.