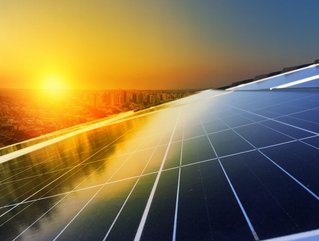 Located in the municipalities of Casas de Don Pedro and Talarrubias the projects represent the company’s first solar parks in the Province of Badajoz and the Spanish region of Extremadura. The three photovoltaic (PV) facilities, Navalvillar, Valdecaballero and Castilblanco, will have an installed capacity of more than 42 MW each and will involve an overall investment of approximately 100 million euros.

The three solar parks are slated to enter into service by the end of 2019. Once fully operational, these solar facilities, which are comprised of more than 372,000 PV modules, will be able to generate approximately 250 GWh a year, avoiding the emission of over 165,000 tonnes of CO2 into the atmosphere.

The building phase of the three projects will be based on Enel Green Power's "Sustainable Construction Site” model, including the use of renewable energy to meet the energy needs of construction works through a 20kW photovoltaic system powering the three sites, in addition to initiatives aimed at involving the local population in this phase.

EGPE will also use innovative construction practises and tools at the three sites, including drones for topographic survey, smart tracking of components like solar panels, main transformers and cables, in addition to advanced digital platforms and software solutions to monitor construction progress and quality and remotely support site activities as well as plant commissioning. These processes and tools will enable swifter, more accurate and reliable data collection, improving the quality of construction and facilitating communication between on-site and off-site teams.

The three parks are part of the seven solar projects, for an overall capacity of 339 MW, awarded to EGPE in the Spanish government's third renewable energy auction, held in July 2017. The remaining projects include Totana, located in Murcia, which started construction in September, and three other PV parks located in Extremadura, in Logrosán, in the Province of Cáceres, for which construction started in October. EGPE was also awarded 540 MW of wind power in the May 2017 renewable tender. The combined 879 MW of wind and solar power awarded in these auctions will represent an overall investment of more than 800 million euros by 2020. Once completed, they will increase EGPE's current portfolio by 52.4%.

Antonio Cammisecra, Head of Enel’s Global Renewable Energy business line, Enel Green Power (“EGP”) said: “These three projects further strengthen our presence in Spain, where we have started construction of ten new renewable projects over the last two months “In addition to actively expanding the company's presence in the country, our aim is to continue promoting innovation by applying cutting-edge technologies based on digitalisation and robotisation, as well as sustainability by implementing best practices already in place in our construction sites worldwide.”