Energy and sustainability in the spotlight on Earth Day 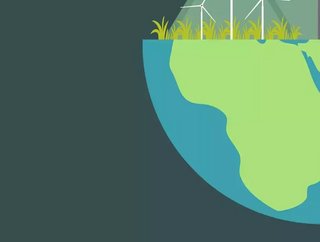 Energy industry must do better on sustainability as global energy-related carbon dioxide emissions are on course to surge by 1.5 billion tonnes in 2021

The 51st edition of Earth Day on Thursday will concentrate minds around the key issues of sustainability and climate change - and the energy industry will be keen to show its support for renewables as it strives to meet net zero emissions targets.

The timing couldn't be more apt. Global energy-related carbon dioxide emissions are on course to surge by 1.5 billion tonnes in 2021 – the second-largest increase in history – reversing most of last year’s decline caused by the Covid-19 pandemic, according to a new IEA report Global Energy Review 2021. This would be the biggest annual rise in emissions since 2010, during the carbon-intensive recovery from the global financial crisis.

The IEA estimates that CO2 emissions will increase by almost 5% this year to 33 billion tonnes, based on the latest national data from around the world as well as real-time analysis of economic growth trends and new energy projects that are set to come online. The key driver is coal demand, which is set to grow by 4.5%, surpassing its 2019 level and approaching its all-time peak from 2014, with the electricity sector accounting for three-quarters of this increase.

"This is a dire warning that the economic recovery from the Covid crisis is currently anything but sustainable for our climate,” said Fatih Birol, the IEA Executive Director. “Unless governments around the world move rapidly to start cutting emissions, we are likely to face an even worse situation in 2022. The Leaders Summit on Climate hosted by US President Joe Biden this week is a critical moment to commit to clear and immediate action ahead of COP26 in Glasgow."

There have been some significant wins, however, with Scotland - which hosts the COP26 conference in November - narrowly missing out generating all its electricity demand from renewables last year (97.4%), recording 31.8 TWh, 4.2% up on 2019 (click here).

Carbfix has announced it will build a CO2 Mineral Storage Terminal In Iceland to transport large quantities of CO2 from neighbouring countries to store onshore. The CO2 will be sourced from industrial emitters in the UK and Northern Europe and will be injected into the basaltic bedrock where it rapidly turns into stone.

Demand for renewables grew by 3% in 2020 and is set to increase across all key sectors – power, heating, industry and transport – in 2021. The power sector leads the way, with its demand for renewables on course to expand by more than 8%, to reach 8 300 TWh, the largest year-on-year growth on record in absolute terms, according to the IEA.

IKEA owner Ingka Group has announced it will accelerate its renewable investments by spending an additional €4 billion to support the transition towards a renewable energy future. Ingka Group recently announced the acquisition of a 49% stake in 8 solar PV parks in Russia. The energy capacity of the parks equals 160MW, which will provide enough electricity to power all 17 IKEA Stores in Russia plus part of the MEGA shopping centres based around the country.

But a new environmental documentary Bright Green Lies - which will make its worldwide debut to audiences on Earth Day - questions the veracity of renewables and green technologies.

From solar panels and wind turbines, to green consumerism and electric cars, the film takes a bold peak behind the green curtain. In doing so, it reveals the extent of the "lies being told by prominent environmentalists and their supporters" in order to perpetuate the myth that out-of-control human consumption can be continued if people just ‘buy green’, according to a statement.

"The majority of ‘green technologies’, heralded as solutions to environmental destruction are, in fact, adding to the problem, speeding up our consumption and enabling people to live in the fantasy of “green-washing”," it states. "Renewable energy does not even deliver on its most basic promise of reducing fossil fuel consumption. On a global scale, the energy produced by ‘green technology’ is simply being stacked on top of what is already being used."

Does AI hold the procurement key?

Muhammad Malik, CEO and Founder, NeuerEnergy, said with the climate emergency more urgent than ever before, pressure will not ease on procurement teams to lead their organisation to a more sustainable future that is underpinned by renewable energy. He believes AI technologies can play a huge role in helping procurement leaders to gain a simplified view of the myriad of products and services available in the quickly evolving market.

"By ingesting real-time market data with historical data sets and intelligent algorithms, procurement teams will be able to automate the acquisition process for renewable energy and other net-zero products. Only then will they be able to quickly identify opportunities while assessing suitability and risk in real-time – saving a magnitude of time and money, while avoiding costly delays in decision-making. In addition, this information will ensure there is no obscurity around the actual output of energy sources, meaning procurement teams can prove they are truly driving impactful results for their company."

Prognostic, a London-based SaaS company, has officially launched Carbon Analytics, a real-time carbon accounting and financial performance platform for physical assets, such as plant, machinery and buildings in industries including renewables, smart grid, oil and gas, and manufacturing.

Shravane Kumar Balabasqer, co-founder and CEO of Prognostic, said: “There’s no better day than Earth Day to announce that Prognostic is proudly joining the fight against climate change by helping asset owners accurately measure and reduce their carbon footprint. Over 70% of an asset’s total cost occurs during its operational life and 35% of this can be attributed to energy consumption. Our vision is to help companies achieve zero downtime, zero waste, zero carbon and we are excited to launch a solution that optimises both financial and environmental performance.”