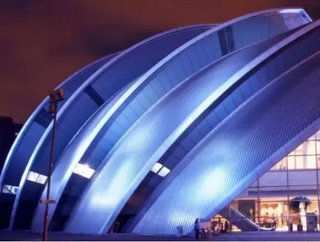 As world attention focuses on Glasgow for the United Nations COP 26 Conference this month, the energy industry must seize opportunity amid the scrutiny

Has there ever been a more high-profile conference than UN COP26? Conferences usually gather the great and the good to discuss pressing industry issues and trends – but rarely does the agenda involve the future survival of the planet.

Writing that sentence might have sounded alarmist a few years ago, but now, at a time of regular wildfires, increasing floods and unpredictable weather patterns, most accept climate change is a tangible reality – and the window for tackling it is rapidly closing.

The IPCC’s recent Sixth Assessment Report served as a COP ‘curtain raiser’ by stating the pressing nature of the climate crisis and the need to intensify efforts, echoing the IEA, which says pledges by governments to date – even if fully achieved – fall well short of what is required to bring global energy-related carbon dioxide emissions to net zero by 2050.

Time and again, the resounding message is we need to work faster.

Clearly much rides on the high-profile Glasgow global get-together between October 31-November 12 and the actions and resolutions which are taken – or otherwise – will impact the collective success of reducing carbon emissions and reaching net zero targets.

The complexity of the challenge is untangling the web of climate issues, demographics and economics in an uneven world.

It’s hard to believe, in the 21st century, that 700 million people still lack access to modern energy sources. Getting them onto the grid should be a moral and commercial imperative but underlines the challenges, in an anti-carbon era, of scaling renewables – much of which are either in their infancy or yet to be fully commissioned.

Consider also that in the last 20 years, the world population has increased by 1.6 billion people, and it is projected to rise by 1.4 billion over the next 20. We’re going to need an awful lot of solar and wind to sustain the world’s renewable energy needs.

Which brings us to the ‘elephant’ in the Glasgow conference room – fossil fuels. Although it has been losing market share since the 1970s, oil still accounts for a third of global primary energy consumption and a staggering 81% of primary energy demand, powered by rapidly growing emerging economies, and it isn’t disappearing anytime soon.

The conundrum is how to reconcile oil demand with scientists’ warnings, who say 60% of oil and gas reserves and 90% of coal must remain in the ground to keep global warming below 1.5°C.

Then there’s the matter of decarbonisation financing; the Cities Climate Investment Commission puts the central estimate at £200 billion for London and the UK’s core cities alone. Carbon taxes are likely to be a hot topic in Scotland, but that might just be the start.

“Oil (and biofuels) will likely remain dominant in the transport sector to 2030, with cost and the long economic lives of oil-consuming equipment limiting prospects for other fuels to win substantial market share over the next 20 years,” notes an Oil Market to 2030 – Implications for Investment and Policy bp report.

“Policy choices made by governments matter. For supply, policy will govern the ability of investment whether by NOCs or private companies to access prospective resources, as well as the incentives to develop alternatives such as biofuels. For demand, policies appear likely to slow consumption growth whether motivated by concerns for climate, security, or budgets.”

In July, The World Benchmarking Alliance warned that at current rates, oil and gas companies will prevent the world hitting the 1.5°C warming goal.

“We can't solve climate change without first addressing our addiction to fossil fuels,” he said. “The good news is that we have everything we need to make a real step change right now, all it takes is relentless focus on renewable energy. If the world is serious about leaving 90% of fossil fuels in the ground, we can’t afford to get distracted by unproven technology or costly moonshots. Nor can we maintain the status-quo.

“The UK needs to lead the world in making a firm commitment at COP26 to wean itself off oil, coal and gas, and replace them with a diverse range of affordable and accessible renewable energy sources.”

Domestic heating is another major emissions issue, as European nations get ready to power up for another winter. Insulate Britain protesters have been raising the heat, blocking the M25 and other roads.

All of the UK gas boilers more than double the carbon emissions of all of the gas-fired power stations in the country, while also producing over eight-and-a-half times more harmful nitrogen oxide (NOx) gases, according to recent research from climate charity Possible and social enterprise Scene.

Electricity generates 25% of the world's greenhouse gas emissions, and is key to decarbonising other sectors of the economy, including buildings, transport, and industry.

ADIPEC 2021, returning ‘face to face’ between November 15-18 at the Abu Dhabi National Exhibition Centre, will be among the first major industry exhibitions following COP26.

“I believe we will see a heightened focus at ADIPEC on the question of energy transition, smart manufacturing, sector coupling, hydrogen, and technologies such as carbon capture & storage,” said Christopher Hudson, President of dmg events. “These are just a handful of the priority areas for the energy sector to address today’s climate issues and move us closer to net zero ambitions.”

ADIPEC Leadership Roundtables will enable energy executives, ministers, thought leaders and think thanks to debate the challenges and opportunities facing the industry.

Leading energy buyers, suppliers, solutions providers and governments recently launched the 24/7 Carbon-free Energy Compact in partnership with Sustainable Energy for All and the UN Energy.

The Compact represents a new global effort to accelerate the transition to a carbon-free electricity sector to mitigate the worst impacts of climate change. SEforALL and Google made the announcement today during the United Nations High level Dialogue on Energy in New York. In addition to Google, founding signatories of the Compact include The AES Corporation, Orsted, EDP, the city of Des Moines, Iowa, the government of Iceland, among others.

"The world is at a crossroads,” said SEforALL CEO & Special Representative to the UN Secretary-General Damilola Ogunbiyi. “We can either continue with business as usual or embrace change that leads to a more sustainable and equitable future. This starts with making the important link between energy and climate.”

The Energy Compacts that have been put forward as part of the UN High-Level Dialogue on Energy have resulted in ambitious commitments and actions that will help address energy poverty while working towards decarbonization.

The 24/7 Carbon-Free Energy Compact represents a critical partnership across business, countries, cities and others that will meet 2030 Global Energy Goals.

Construction, responsible for around 39% of emissions, finds itself increasingly under scrutiny.

As part of New York Climate Week, the Global Cement and Concrete Association (GCCA) has announced that it will become an accelerator of the UN backed Race to Zero campaign – which campaigns for accelerating the halving of global emissions by 2030 and pledging to reach net zero by 2050.

The GCCA, which represents 80% of the international concrete and cement industry outside China and some of the leading Chinese manufacturers, has become the first association that represents a global essential industry to join the campaign as an accelerator.

Click here to register for the November 11 webinar on 'How can construction contribute to solving the climate crisis'?