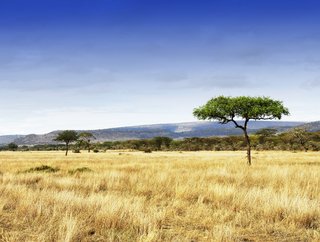 The African arm of French multinational energy provider ENGIE has claimed off-grid market supremacy on the continent thanks to the...

The African arm of French multinational energy provider ENGIE has claimed off-grid market supremacy on the continent thanks to the success of its Access to Energy (A2E) strategy.

While considerable, around 600 million people across the continent remain without access to electricity, highlighting the scale of the challenge that ENGIE is working to address.

ENGIE spurred Fenix’s growth in 2019 following its acquisition the previous year, with 700,000 solar home units sold over that period that will serve 3.5 million people through six countries, 1,200 employees, and an expansion into Mozambique last summer.

Having acquired Mobisol in late 2019, ENGIE consolidated its solar home system range. It is now expanding its portfolio of mini grids across Tanzania and Zambia to the benefit of 15,000 people.

“Fenix’s inclusive solar home systems for household usages, combined with ENGIE Mobisol’s focus on larger households and small business appliances, together with ENGIE PowerCorner’s focus on income-generating activities and small-scale industries, enables ENGIE to offer affordable energy products and to extend its customer base from rural to urban areas,” the company said in its statement.

Yoven Moorooven, CEO of ENGIE Africa, added: “We strongly believe in the huge potential of the off-grid electrification sector and that it will be instrumental in rapidly and cost-effectively bridging energy gaps across Africa.

“We will build upon our successes to sustain and meet our long-term ambition of impacting tens of millions of lives across Africa. ENGIE has an important role to play in industrialising and scaling up the off-grid solar business. We are keen to offer the lowest cost and best quality Access to Energy solution that addresses our customers’ needs.”