Entering energy: How can ex oil and gas professionals boost their chances? 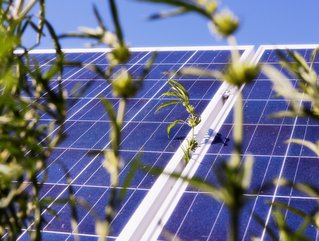 Making the transition from oil and gas into renewable energy is not easy. It’s a topic that has been hotly debated in recent years, espec...

Making the transition from oil and gas into renewable energy is not easy. It’s a topic that has been hotly debated in recent years, especially as the downturn of oil and gas continues to encourage an influx of ex industry professionals looking to enter sectors like renewable energy.

There is no denying that renewable energy employers are nervous. There is a widespread fear that discouragement due to lower salaries and a different working culture may set in, and with the possibility that the sector could resurrect itself, there is a genuine concern that those who once made a living on the North Sea could jump ship once the industry restores its health.

A degree of mistrust has manifested between ex oil and gas talent and hiring managers for renewable energy firms and this is leading to an increasing number of oil and gas professionals feeling discriminated against as they continue to be rejected for roles outside their original sector.

However, the Global Energy Talent Index (GETI) recently revealed that 77 per cent of renewables hiring managers are open to hiring from other energy sectors, indicating that a move from oil and gas into renewables is achievable.

So what can oil and gas professionals do to boost their chances of working in renewable energy?

The first thing renewable energy employers want to know is “why?” Many hiring managers feel that those applying for roles are doing so because they have no other choice. The ability to display a genuine passion for the industry or having a legitimate reason as to why you would like to enter the sector can go a long way in convincing employers that you are there because you want to be and not because you have to be.

CV and cover letter alterations are vital if ex oil and gas professionals are serious about working in renewable energy. These all-important changes can mean the difference between an interview and a point blank rejection. Candidates must think about the employer and what they will want to see from the applicant, tailoring key skills that match the job description.

For many, this will mean stripping out the oil and gas specifics from a CV and bringing forward the essential transferable skills that allow employers to see where skill and experience lies.

Oil and gas professionals possess a range of desirable transferable skills that can be brought to a role in renewable energy. For example, most engineering roles, such as electrical engineering, are transferable and can be moved straight over to a role in renewable energy. As a result, it is crucial that these skills are brought forward and are clearly visible on any application.

However, stripping oil and gas out of a CV can be easier said than done. Generous perks have often meant that a candidate’s entire career has been wrapped up in this one industry, meaning they cannot completely remove it altogether from an application. Others in the sector have more niche jobs, which use skills that are not always transferable. A significant number also find themselves landed with lots of training certificates and qualifications that do not necessarily apply to jobs in renewable energy.

While stripping out the oil and gas specifics of an application can be tricky, a candidate stands the best chance if they can dilute down these specifics, providing an employer with an overarching view of skills and experience that can potentially be transferred to a role in renewable energy.

For more senior roles, such as project management positions, employers tend to be more wary of an applicant’s industrial background and attitude to internal practices. Potential culture differences mean that those interviewing for senior positions should be sure to come across as friendly, collaborative and having realistic expectations of what’s achievable within a team.

There are over 58,000 jobs in the low carbon and renewable energy economy in Scotland but like so many other industries it is facing a continued shortage of skilled professionals. This major demand for talent has meant that more energy employers than ever are willing to recruit from different sectors, indicating that the transition from oil and gas to energy is far from impossible.