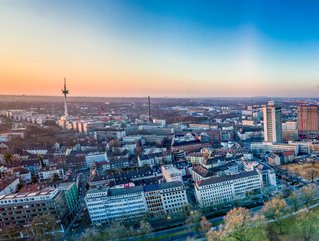 Following a voluntary public takeover offer that has been in the works for some time, it was announced yesterday that German energy company E.ON will take a further stake in German renewables business innogy.

E.ON will own a further 9.4% of innogy in addition to 76.8% it has taken from innogy’s parent company, RWE, as part of the takeover agreement. As such, E.ON will own 86.2% of the renewables firm.

E.ON made an offer to buy the shares in Essen-based innogy following the RWE deal in March. E.ON will buy innogy’s grid and retail business with RWE taking on the renewable energy assets of both innogy and E.ON. As part of the deal, RWE will also own 16.7% “effective participation” in E.ON.

The takeover is still undergoing regulatory scrutiny and awaiting approvals, but is expected to be completed in 2019.

E.ON CFO Marc Spieker said of the deal: “The agreed acquisition of RWE’s majority stake will already provide us with the necessary means to integrate innogy into E.ON once the transaction has completed. We are pleased that we were able to convince many additional shareholders of our offer.”

Innogy split from its parent RWE in 2016 and owns all parts of the business except conventional power plants, making up around 66% of RWE’s business and thus making the subsidiary larger than its parent company. With operations across the UK, Germany, the Netherlands, Czech Republic, Slovakia, Poland, Hungary and Austria, innogy takes care of solar; onshore and offshore wind; and biomass energy production.

Speaking to Energy Digital magazine for an upcoming feature, CPO Ulrich Piepel was confident about innogy’s future. “We want to learn from other organisations and develop an even greater network of buyers. We must continue to push digitisation… mainly, we are looking at all the latest trends and getting the best people on board.”