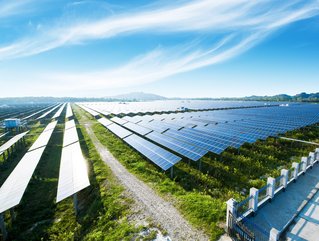 European energy company Eon has reported adjusted earnings from its renewables segment, having made €236mn for the first half of...

European energy company Eon has reported adjusted earnings from its renewables segment, having made €236mn for the first half of this year. This marks a 15% increase from the €205mn figure reported in H1 2017.

The company has put the growth down to increased output from its newly commissioned wind farms. These have included a 228MW project in Texas and a 306MW site in Illinois.

‘Shockingly’ low prices for Massachusetts energy thanks to US offshore wind

In total, Eon has invested €528mn in its renewables business segment, up from €449mn last year. This means the segment makes up 31% of the Eon group’s total investment in H1 2018.

Overall, renewables sales grew 4% in the period, reaching €741mn as opposed to €710mn a year previous.

These figures follow a deal with RWE involving a complex share swap which will mean that, as of next year, RWE owns the renewable assets of Eon as well s its own subsidiary, innogy. This will impact the reporting of such figures by Eon.

In total, however, the company’s net income was down 28%, at €2.9bn from over €4bn in H1 2017. Eon stated that its overall earnings had been reduced due to some projects having come to the end of subsidy support schemes.