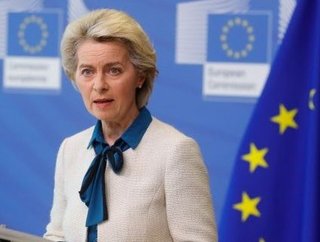 The European Commission has published its REPowerEU plan which aims to promote energy savings, diversify energy supplies following Russia's invasion of Ukraine and accelerate the roll-out of renewable energy to tackle climate change.

Delivering the REPowerEU objectives will require an additional investment of €210bn between now and 2027.

The Commission proposes to enhance long-term energy efficiency measures, including an increase from 9% to 13% of the binding Energy Efficiency Target under the ‘Fit for 55' package of European Green Deal legislation.

To enhance energy savings and efficiencies in the transport sector and accelerate the transition towards zero-emission vehicles, the Commission will present a 'Greening of Freight Package'.

The EU has been working with international partners to diversify supplies for several months, and has secured record levels of LNG imports and higher pipeline gas deliveries. Cutting Russian fossil fuel imports could save almost €100bn per year.

The Trans-European Energy Networks (TEN-E) have helped to create a resilient and interconnected EU gas infrastructure but limited additional gas infrastructure, costing around €10bn, is needed to complement the existing Projects of Common Interest (PCI) List and fully compensate for the future loss of Russian gas imports.

As a next step, and replicating the ambition of the common vaccine purchasing programme, the Commission will consider the development of a ‘joint purchasing mechanism' which will negotiate and contract gas purchases on behalf of participating Member States.

The EU External Energy Strategy will facilitate energy diversification and build long-term partnerships with suppliers, including cooperation on hydrogen or other green technologies.

The Commission proposes to increase the headline 2030 target for renewables from 40% to 45% under the Fit for 55 package. Other initiatives include:

ING's Senior Sector Economist Gerben Hieminga identified five “pinch points” from the REPowerEU plan and warns it could all be a slow process - at a time when governments and companies are running out of time to meet decarbonisation targets.

While relaxing permit procedures helps companies, he said don’t forget about the issue of participation. “While co-creation might increase local support, it is not a guarantee that processes will speed up. And local opposition could easily increase as the transition accelerates and regional sceneries change faster than people are willing to accept.”

Power grids are likely to remain a persistent barrier. Phasing out fossil fuels increases power demand, and on the supply side, renewables cause peak supplies at times when the sun shines and the wind blows.

"In many cases, we're reaching capacity limits on transporting power over the grid," said Hieminga. "Governments are still a long way from designing a clear rulebook to allocate scarce capacity. It remains to be seen if it will come soon, as it requires tough choices between economic activities.”

Companies are struggling with labour and material shortages, and the energy transition is very labour intensive. Electricians, installers, welders, fitters, plumbers, carpenters and the planners and project leaders are in high demand. "These issues could get far worse if the transition needs to progress at ‘lightning speed’ and the war in Ukraine continues," he added.

The outlook for utilities could change for the worse if REPowerEU results in member states implementing price caps on energy prices for retail clients (households and SMEs). "So far, many governments have compensated for higher utility bills through income support measures and by lowering energy taxes; both have no impact on utilities. But capping energy prices eats into the profits of utilities," he said.

Solar panels and wind turbines cannot substitute heating demand, and too often, the energy transition is framed in terms of solar and wind power as a solution to everything - while power demand only makes up one-fifth of total energy demand.

"The vast majority of energy demand comes from heating purposes," he said. "Solar and wind power cannot make much of a difference here as power electrons are far from a perfect substitute for gas molecules. Such examples always make me realise that the real challenge is in transforming heating demand, not power demand. REHeatingEU would have been a better name instead.”

While Europe seeks to take another leap in its ambitions to transition to a net-zero economy and wean itself off Russian gas is in itself, a good thing, it remains to be seen whether companies can live up to the challenge, he concludes.

"It is relatively easy to put solar panels on the roof of an office or company outbuilding or to install a wind turbine on a production site. Greening the heating demand is where the real challenge lies. Despite good intentions and talk of moving at 'lighting speed', this is still likely to remain a disappointingly slow process.”