NASA’s Brian Trease, a mechanical engineer, studied abroad in Japan and was initially exposed to the art of origami. From then on, he was hooked.

“I’d be folding subway ticket stubs, baseball game lineups; there’s a picture of me in McDonalds in the city of Kobe holding a big origami crane that I had just folded [out of a hamburger wrapper],” he recalls to Wired. “Now it’s come full circle—I’m doing this as my career.”

Origami seemed to be an excellent solution to one of the biggest challenges NASA faces: how do you make bulky objects needed for space flight light and compact enough to transport? Several years ago, NASA began exploring different ways solar panels could be made more compact. Now, the solution looks to be as simple as folding them.

The project is now a joint collaboration between some unusual partners: engineers at NASA’s JPL, students at Brigham Young University, and origami master Robert Lang. The team has developed a prototype 1 cm thick solar array that has the capability to expand from 8.9 feet in diameter to 82 feet.

The material for the panel is called “hannaflex” by the researchers at the JPL. It starts out in a flower-shaped form… 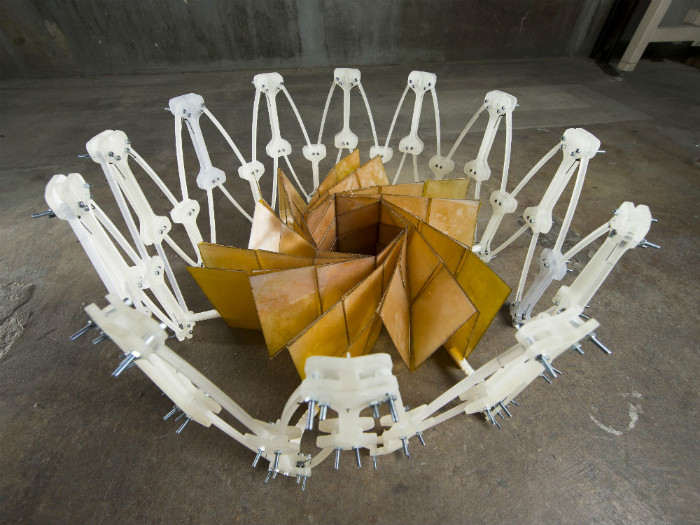 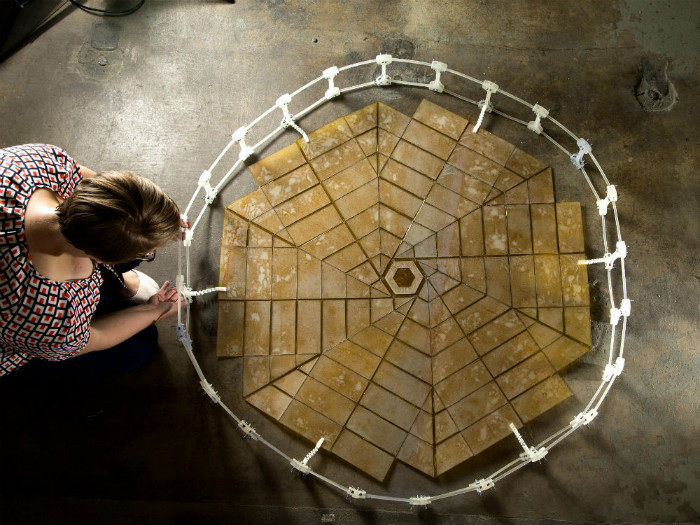 “This is just begging to be deployed with centrifugal force,” Trease said. “We could have it on spacecraft where we just spin it and that force allows the panels to deploy out to their position.”

Naturally, there is much work to be done on the panel, but the team is taking the concept very seriously. Trease explained that different materials needed to be stress tested and they need to find a way to quickly and effectively unfold the panel.
As cool as the panel may look, its artistic shape is truly beneficial to the future of space flight.

“The public has to know it’s more than just paper folding, it’s more than just this children’s art or something you do in school,” Trease said. “There’s a lot of artistic expertise in understanding the folds, but it’s heavily backed up by math and engineering.”

You can view a video of panel being unfolded here.