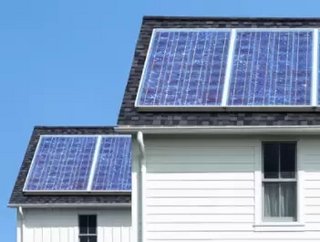 Behaviour change needs to be a central part of a comprehensive climate change response strategy, according to a new paper from the Tony Blair Institute for Global Change. To date, the UK government’s approach has been to shy away from behaviour-change requirements, but the paper, entitled Planes, Homes and Automobiles: The Role of Behaviour Change in Delivering Net Zero, says that needs to change. It states four key issues need to be addressed:

Data shows that for people to act, they need to know that others are acting too. That means two things: first, that action from consumers and voters must be matched by action from government and business; second, that behavioural changes are designed and implemented in a way which is fair to everyone. A perception that wealthy people are more able to access value from behaviour changes, or that costs are being spread in an unfair way, will be fatal to delivery. So measures designed to incentivise and enable behaviour changes in a fair way must ensure that both the costs and benefits are fair and are perceived to be fair.

For all the key behaviour changes, hassle is a key barrier. Decarbonising our homes requires intrusive work; moving to an electric vehicle is dependent on accessible and affordable charging; cutting meat consumption requires easy access to palatable alternatives. Government should not rely on the willingness of the public to “do the right thing” – it should use options that make change easy, such as requirements on suppliers to deliver higher levels of low-carbon products (whether food, cars or heat pumps). We are beginning to see evidence of this, for example through the government’s commitment to introduce a mandate on suppliers to increase the proportion of electric vehicles they sell. Replicating that approach elsewhere is vital.

There should be a relentless focus on cost reduction in the technologies that will enable the required behaviour changes: low-carbon heating; energy efficiency; electric vehicles and the associated infrastructure; and plant-based food. Where costs are unavoidably higher – for example in the case of home heating – the fair distribution of those costs will be even more critical.

While almost all of us will have to undertake significant behaviour change by 2050, in many cases those changes can be phased in. For example, we need not all get heat pumps in the next ten years – though many people will, that can largely be achieved through new purchases rather than forced changes. Explaining how the changes will be phased is crucial both to secure public consent and address public and media concerns about the scale and pace of change.

Consumers have low awareness of the concept of net zero, and some of the behaviours and technologies required to deliver it: awareness of net zero is low and rising only slowly. The same is true of the technologies that will be required, in particular low-carbon heating, the paper adds.

Awareness of the need for behaviour change is too low: while those polled recognise the need to make these behaviour changes when prompted, most consumers already believe they are doing everything that they can to tackle climate change. Another challenge is willingness to act is mixed: in some areas – such as electric vehicles – willingness to act is rising. In others – such as heat and diet change – willingness is much lower, though rising in some cases.

The key barriers to delivering behaviour change for net zero are knowledge, cost and hassle. "Only by addressing all three of these will it be possible to deliver the required step change in behaviour, technology and adoption that achieving our carbon targets requires," it concludes.

In a separate paper - Mind the gap: Success at COP26 - it says the pace of action, while accelerating, is too slow. Signatories to the Paris Agreement committed to limit warming to well below 2°C, and to pursue efforts to limit it to 1.5°C. "But since 2015, emissions have continued to increase and the remaining carbon budget for 1.5°C is quickly running out. Ambition levels are too low to keep the target in reach and the national commitments that do exist are not backed up by credible plans," it states.