France Gets a Little Greener, One Eiffel Tower at a Time

As climate change turns the screws on the Earth’s temperatures, Paris takes a symbolic step towards energy that does not produce carbon emissions.

Two new wind turbines have been fitted on the lower deck— about 400 feet up— of the Eiffel Tower. Each Vision AIR5 Vertical Axis Wind Turbine was designed and installed by New York-based Urban Green Technology (UGE International Ltd).

The Eiffel Tower, which is 125 years old, is one of the most recognizable structures in the world, attracting over 7 million tourists each year.  According to United Press International, the renovation, which also includes switching to LED lighting, as well as solar panel and rainwater collector installation, is part of the City of Paris Climate Plan. 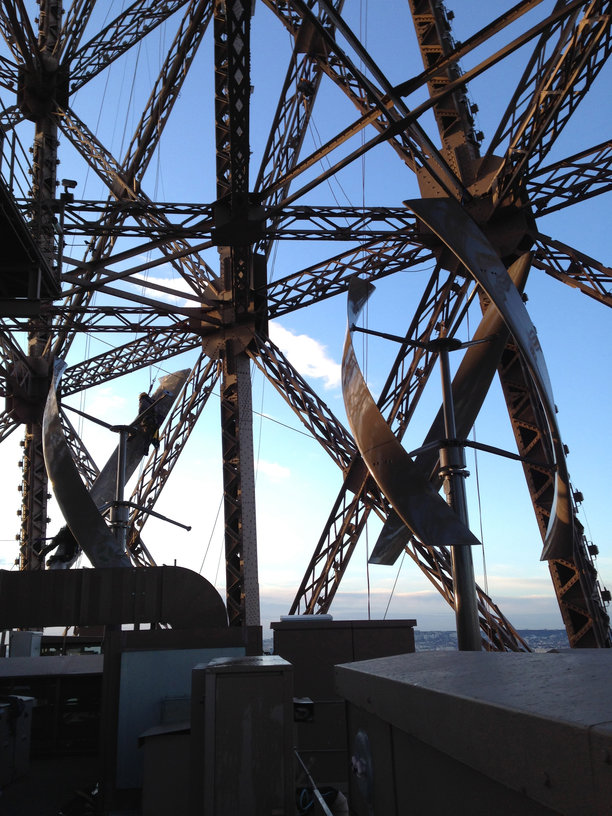 Jan Gromadzki, a UGE engineer, told The Verge the turbines were not supposed to make a dent in the tower’s energy use. "This installation is definitely more symbolic,” Gromadzki said. “But it is still significant because the merchant spaces on the first floor do consume energy and being able to offset that consumption is something people can really assimilate and understand."

In Gromadzki’s view, fitting a global icon with wind turbines, no matter how negligible their contribution is, represents an advance in bringing green energy technologies into the mainstream.

"It really does represent this big leap forward for renewable energy as a whole, to have this technology to the point where it can be easily adopted by consumers like the Eiffel Tower,” Gromadzki said. “And I think that was something that, five years ago, no one would've been ready for. It demonstrates that we’ve come this far to create renewable energy technologies that can be easily integrated into the daily lives of people around the world."