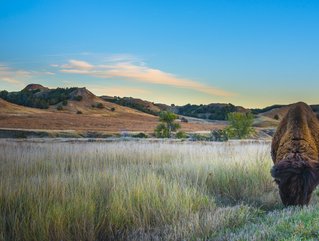 French electricity utility giant ENGIE is currently developing two onshore wind projects in the US, the Kings Plain project in Oklahoma and the Triple H Wind project in South Dakota.

With construction having begun earlier this year and commercial operations due to begin sometime in the second half of 2020, ENGIE North America has selected GE Renewable Energy to provide the total 180 wind turbines for the projects at a cumulative capacity of 885MW.

GE has become one of the US’s leading wind turbine manufacturers, contributing to 40% of all of the US’s new installed onshore wind power in 2018 at a capacity exceeding 3GW. It’s certainly an exciting market to lead at present, with the American Wind Energy Association reporting that Q2 2019 saw a 10% increase year-on-year in wind capacity under construction or in advanced development. The quarter saw a staggering 42GW in such projects, and global demand for renewable energy is likely to see the trend continue.

“We’re delighted to partner with ENGIE on these projects,” said Vikas Anand, GE Renewable Energy’s CEO for Onshore Wind in the Americas. “Our best-selling 2MW turbines are a great fit for Engie’s needs, and we’re proud to help bring additional clean, affordable, renewable energy to their customers in Oklahoma and South Dakota.”

ENGIE’s presence in the US renewable energy market is not limited to wind. The firm recently broke ground on the 225MW Long Draw Solar Project in Texas, with operations due to begin in summer 2020. Long Draw is the biggest solar project in ENGIE’s solar portfolio so far, set to house 800,000 solar panels and serve four Texan municipalities via a power purchase agreement for the full capacity.

“We’re so glad to join with leaders here in Borden County and with our customers to support them in creating new opportunities to diversify their renewable energy sources on a meaningful scale,” said Luis Felipe Birolini, Head of Solar Development at ENGIE North America, at the groundbreaking ceremony. “We look forward to completing the project in the summer of 2020, and to providing zero carbon, affordable energy for years to come.”