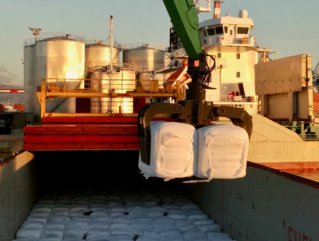 Norwegian recycling company Geminor has become the first to handle a shipment of Refuse-Derived Fuel (RDF) from Italy to Denmark.

A ship carrying Refuse-Derived Fuel from Italy has reached port in Sjelland, Denmark to mark the test shipment between the two countries. The shipment, consisting of 2 369 tonnes of sorted household waste RDF from Naples, is the first ever waste fuels export from Italy to the Scandinavian market.

Until now, countries surrounding the Mediterranean has not been a priority to Geminor. However, in a constantly changing market it is important to consider and test several alternative suppliers outside northern Europe.

Volvo’s new vehicles will be made from 25% recycle plastic

Since its formation in 2004, Geminor has continued to experience international growth. Now considered a leading player in the European secondary fuels market, the company handles more than 1,4 million tonnes of feedstock every year and holds contracts with more than 80 waste-to-energy facilities.

Chief Operating Officer at Geminor, Ralf Schöpwinkel said: “Geminor is the first to implement RDF delivery from Italy to Scandinavia, and we are happy to see that the first project has been successful. The quality of the logistics process has been high and the public waste company in Naples has delivered good quality bales.”

“The UK marked has delivered secondary fuels to off-takers in the Nordics for some time now, but with Brexit coming there are uncertainties regarding the future flow of RDF. At present the Italians have a big surplus of household waste, and the nearest off-takers are currently found in the Nordics. That makes Italy a market we will continue to develop in the future.”