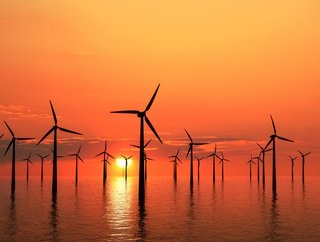 While hydroelectric power generation globally leads all other renewable energy sources at 1,292GW of global installed capacity (according to the International Hydropower Association), wind and solar duke it out for the remainder of the podium. As of 2018, the World Wind Energy Association placed wind at 597GW of installed capacity worldwide, while the International Renewable Energy Agency (IRENA) reported the world’s photovoltaic capacity at 480.3GW. While hydropower is not a viable household solution, wind and solar have perhaps captured the imagination of the public most demonstrably with the advent of commercial wind and solar solutions increasingly found on household’s rooftops and lawns.

Between the two, wind provides less predictable but cleaner energy production than solar, releasing fewer carbon emissions into the atmosphere, consuming less energy and giving considerably more bang for the installer’s buck. According to Green Future, it takes around 48,704 solar panels to generate the same amount of electricity per kWh as one wind turbine. Offshore wind also poses far fewer space-related challenges than solar fields, saving such land for agriculture, industry and housing; all space-hungry factors whose necessity grows by the day on our ever more populated planet.

As the fight for renewable energy solution of choice gets fiercer, a report from the International Energy Agency (IEA) recently found that wind alone could solve the challenge of meeting the world’s ever-increasing electricity demands. While offshore wind produces just 0.3% of the world’s electricity at present, the IEA said that offshore solutions could exceed the global electricity demand if all viable sites no further than 60km from coastlines were put into action.

But who is best place to facilitate the realisation of such a lofty but realistic ambition? With 105GW of wind turbines in action across 80 countries, Danish wind turbine designer, manufacturer, installer and service provider Vestas Wind Systems is the clear leader in the global market. Founded in 1945 as a manufacturer of household appliances, the firm began manufacturing wind power solutions in 1979 before becoming wholly dedicated to the craft in 1989. In 2018, the company’s revenues hit €10.1bn, recorded its highest-ever order intake at a cumulative 14.2GW, and received its largest ever order in the 950MW MHI Vestas Offshore Wind project in the UK. The company’s achievements in 2018 did not stop there, and it became the world’s first firm to install 100GW of wind turbines through the completion of its 250MW Arbor Hill project in the USA. Its portfolio makes up 20% of the world’s total installed wind capacity. As the effects of the climate crisis become more apparent and consumers become increasingly vocal and demanding of change, it will certainly be interesting to see whether key players such as Vestas can introduce the capacity that the IEA has earmarked as an absolute game-changer.