Global wind capacity to double by 2027, according to MAKE 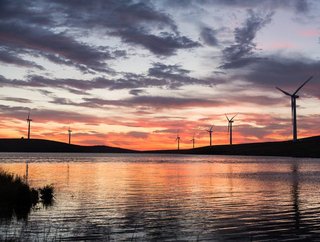 According to the consulting firm, MAKE, the world’s total wind capacity is set to double by 2027. The world is set to re...

According to the consulting firm, MAKE, the world’s total wind capacity is set to double by 2027.

The world is set to receive an additional global capacity of 65GW within the next nine years, increasing at a Compound Annual Growth Rate (CAGR) of 4%.

The industry is expected to have a high momentum between now and 2020, with annual capacity additions increasing by 30% between 2017 and 2020.

The rate of growth depends on the industry’s ability to continue winning capacity awards at auctions, and to remain on time and budget when executing awarded capacity.

The US’s wind industry is currently under strain due to new policies pushing project timelines into 2019 and 2020.

MAKE has forecast that the nation’s new capacity will decline by almost three times as much between 2022 and 2027 compared to the four previous years, due to the value of production tax credit.

Latin America is anticipated to have a CAGR of more than 14% during the review period, due to auctions in Brazil, Mexico, Argentina, Columbia, and Peru this year.

Europe’s wind output is reliant on the success of its offshore wind capacity, MAKE claims, as over the next 10 years it will make up more than 25% of new capacity.

In the Middle East and Africa, additions of annual capacity are set to triple by 2027, with Saudi Arabia expected to be awarded 1.2GW of wind contracts.

China’s recent NEA warning mechanism has impacted the growth of wind capacity in Asia and Oceania, but even so capacity is still expected to rise.