GM-backed Cruise robotaxis to operate in Dubai from 2023 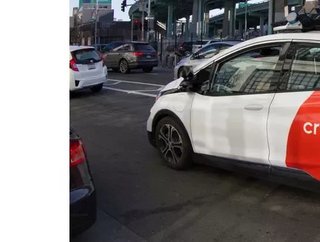 Futuristic-loving Dubai is teaming up with General Motors to introduce Cruise self-driving taxis in the city from 2023 and become the first to operate the vehicles outside the US.

It plans to ramp up the vehicles, which have been operating in San Francisco, to 4,000 cars by 2030.

In a statement, it said the move supports Dubai’s 2030 vision for self-driving technology, as the emirate seeks to reduce transportation costs by AED900 million a year and save AED1.5 billion a year by reducing environmental pollution by 12 per cent.

It added that it would generate AED18 billion annually by increasing the efficiency of the city's transport sector.

Mattar Mohammed Al Tayer, Director-General, Chairman of the Board of Executive Directors of the RTA, saidt he selection of Cruise was not taken lightly and it engage in a comprehensive, multi-year process to choose the best possible partner.

"Cruise’s technology, resources, purpose-built vehicle, automaker partnerships, approach to safe testing and deployment and strategy give them the ability to launch safely and faster than any other company," he said.

In January, Cruise and General Motors entered into a long-term strategic relationship with Microsoft to accelerate the commercialization of self-driving vehicles, leveraging Azure, its cloud and edge computing platform (click here).

Microsoft will join General Motors, Honda and institutional investors in a combined new equity investment of more than $2 billion in Cruise, bringing the post-money valuation of Cruise to $30 billion.

"Advances in digital technology are redefining every aspect of our work and life, including how we move people and goods,” said Satya Nadella, CEO, Microsoft. "As Cruise and GM's preferred cloud, we will apply the power of Azure to help them scale and make autonomous transportation mainstream."