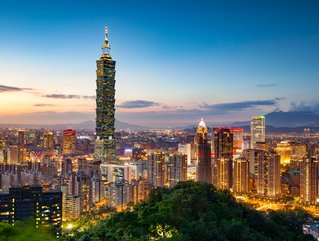 A research study conducted by GoCompare Energy has revealed a significant disparity in global energy usage, with 91% of global electricity being used...

A research study conducted by GoCompare Energy has revealed a significant disparity in global energy usage, with 91% of global electricity being used by just 20 countries.

Despite there being 196 countries across the globe, the majority of electricity is used by a select few countries.

The worst culprit is China, closely followed by the US, with the two-combined contributing as much as 43% to global energy usage between them.

The top five consumer’s of the world’s electricity in Terrawatt-hours (Twh):

However, despite China being the largest culprit, this can generally be attributed to its size, with approximately 1.4bn citizens.

Per-person, Canada is the worst culprit for energy usage, with China not featuring in the top five, however as much as 62.7% of this is considered renewable energy. Furthermore, looking at energy usage per sq km, Taiwan uses 31 times more energy than any other country.

“Seeing the stark difference between actual country size and country size if based on electrical consumption is definitely eye opening,” said GoCompare Energy’s Ben Wilson in response to the statistics.

“Of course, some can be put down to the area of land which is actually populated, such as Australia, but others can be attributed to the predominant industry within that country, such as Taiwan’s reliance on heavy industry including crude oil processing.”

The research reveals that there is still a long way to go for many countries on the road to sustainability, something that the Paris Agreements have committed a great number of countries towards in the coming decades.