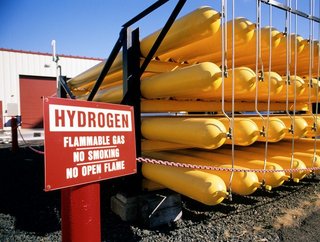 If I asked you: should we get the train or drive? Take the motorway or the B-roads? Will the traffic be bad? You’d probably reply: well, where is it you’re going exactly?

Because trying to plan a journey without an idea of destination is doomed to fail. Yet that’s precisely where we’ve found ourselves in the debate around decarbonising heat in the UK.

We know some things for certain: 2050 is only 32 years away, by which time we need 100 per cent, total decarbonisation of heat to meet our legally and morally binding climate commitments. We also know that the two frontrunner ‘big ideas’ are electrification and greening the gas network with hydrogen. But that’s where clarity stops and we’ve jumped immediately to internecine squabbles about the costs and technical challenges of each. We’re fretting about traffic and lane closures before deciding where we’re headed.

That’s tangled thinking. Step one is to figure out which option offers the most credible path to complete decarbonisation (and can start having an effect immediately). Step two is to then address the challenges. Who picks where they’re going because the roads are clear?

The cart pulling the horse

Fretting about implementation challenges before assessing decarbonisation potential is putting the cart before the horse. How can we reverse that?

We can start with some basic questions. First, which technologies can deliver truly zero carbon heat and second, which can start to do so now? To the first question, we can answer electrified heat or electrolysis-generated hydrogen powered by zero-carbon generation.

To the second though, the only answer is electrification, where various technologies have existed for decades, such as air and ground source heat pumps, and are getting better all the time.  Moreover, they rely on electricity to generate heat – recognisably the one area where we have achieved significant success in decarbonisation. Average grid carbon intensity stood at an estimated 254 tonnes of carbon emitted per GWh produced by 2016, down from 456 in 2010. What’s more, there is a credible (though not easy) path to zero carbon power. That means immediate carbon savings for electrified heat that will only grow as the grid greens.

Electrolysis, by contrast, is at least a generation away at a commercially viable scale. Nor will it appear spontaneously: most likely it will only take off if there is already an extensive hydrogen network, meaning in the meantime we’d need to rely on steam methane reforming (SMR), which releases carbon which would need to be captured by carbon capture and sequestration (CCS). That technology that doesn’t currently exist at the required commercial scale either. Bloomberg New Energy Finance’s Michael Liebreich recently wrote that “anyone promoting SMR-based hydrogen as a climate solution deserves their own circle of hell.”

Both options fail on beginning to deliver complete decarbonisation now. It could take 20-30 years to see these technologies deployed at the necessary scale. We can’t wait a generation to start serious decarbonisation of heat.

So: electrification offers the only currently credible path to zero carbon heating. With that as a starting point – the horse firmly in front of the cart – what are the challenges that this approach faces and are they surmountable? What does the journey look like?

There is one overarching argument against electrification of heat that is put forward time and time again: that peak heat demand in the UK is roughly six times (‘6x’) peak power demand, and that the volume of extra generation required and the strain on the distribution grid makes it unfeasible. Thirty extra Hinkley C’s is one questionable figure bandied about.

But that ‘6x’ argument doesn’t stack up.

First, we have the fact that as a country we have been incredibly lazy when it comes to controlling heat. Cheap, plentiful North Sea gas has seen the UK trundle along with some of the most inefficient building stock in Europe. There are big, easy wins to be had by tightening building regulations to make our homes and businesses less wasteful (both Energy UK and the UK Green Building Council recently called again for action on this point). Reinstating the zero carbon homes policy that was scrapped in 2015 would be a start, as would upping the ambition on the new ECO consultation.

Then look at the opportunity presented by smart heating controls such as Hive and Nest. We are woeful at controlling heat in the UK but software will eat inefficiency and smartphone apps will boost user engagement to help reduce peak demand. Coupled with better insulated, less wasteful homes, we could see that ‘six times’ gap start to narrow pretty quickly (in fact, we already are). These are no-regrets courses of action that need to happen now.

Having reduced heating demand, we can start to think about how electrification fares at meeting what remains. Would it really create just too much power demand? It’s worth pointing out that we don’t reliably measure heat demand the same way we do for electricity. Usually we use gas demand as a proxy, so interlinked they are. But gas is never 100 per cent efficient, there is always wasted energy. So we may well find that final energy demand is a little less dramatic than we think.

Second, electrification and thermal storage technologies open up possibilities to time-shift demand, smoothing the ‘6x’ peaks. This could be as simple as filling a hot water tank when power is plentiful overnight, or as advanced as using geo-exchange to store heat in the ground over summer to be used in winter. Electric systems can also participate in demand response programmes, which are increasingly popular at the commercial and industrial level and promise great opportunity at the domestic one.

So, let’s start right now by getting a better understanding of actual heat demand and reducing it – that first part of the journey is the same regardless of the destination. Then let’s get clear about where we’re headed and start planning how to get there – not the other way around. It’s clear to me that electrification is the most viable route to truly zero-carbon heat and has the advantage that we have the proven technology to start right now. There are legitimate challenges – notably around the peakiness argument – but they have been shown to be overblown. In any case though, we need to detangle our thinking and start making decisions now. Climate change won’t wait. So, where to?