Hinkley Point construction may be delayed 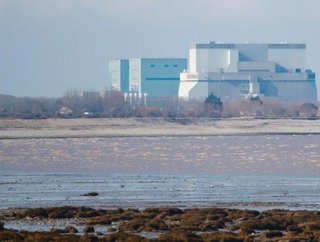 GMB has warned that construction of the Hinkley Point nuclear power station could be slowed if a row over b...

GMB has warned that construction of the Hinkley Point nuclear power station could be slowed if a row over bonus payments escalates into industrial action.

The controversial power station, the construction of which is estimated to cost £18 billion, is dealing with a dispute due to the failure of the BYLOR consortium, made up of the French company Bouygues TP and Laing O’Rourke, to pay the bonus rate predicated in the HPC Civil Construction agreement. Unions argue that the bonus rate offered by BYLOR is insufficient to attract the quality of workers needed to ensure that the civil works phase of the project is completed on schedule.

GMB, along with sister union Unite, will be holding a consultative ballot of the 700-strong workforce preparing groundwork at the Somerset site, which will run from the 2nd to the 5th of May.

Rob Miguel, Chair of the HPC joint union committee, said: “The Hinkley Point nuclear power station is key to the future energy needs of the UK.

"The project has already suffered delays and to achieve the 2025 start date for electricity generation a skilled construction workforce is required.

“If the consultative ballot eventually leads to full-scale industrial action ballot, we could be looking at delays to the construction at Hinkley Point, which will be very expensive for the employers as hired-in plant and machinery will be lying idle.

“The scheme has already been plagued by delays over its financing and can’t afford any further interruptions.

“We would urge the employers to get back around the table with senior union officials to achieve a fair settlement in line the agreement already in place, so building can continue on schedule.”

Tim Morris, Unite regional officer, said: “This poor offer is unacceptable under all of the circumstances and our members came to Hinkley Point under the belief that they would receive excellent pay and bonuses.

"The employers think they can do this ‘on the cheap’ by offering a derisory bonus rate, but the workers consider it to be completely inadequate to attract and hold onto the skilled workforce necessary.

"Hinkley Point is being built by the French energy company EDF, with a stake from Chinese state owned investor CGN.

"When Theresa May became Prime Minister last July she pressed the ‘pause’ button on the project, but the go-ahead was eventually given in September."