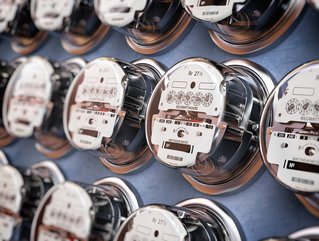 According to the Carbon Trust, a 20% cut in energy costs represents the same profit savings as a 5% increase in sales for retailers. Given the numerous challenges facing UK high streets, such as the shift to online shopping, high retail rents and declining consumer spending, retailers that address their energy consumption and seek better deals from energy suppliers have a golden safeguarding opportunity to boost their bottom line.

In doing so, they’d be following the lead of the UK’s largest privately-owned clothing retailer, Arcadia. The retail giant, which has in excess of 2,500 UK outlets, has brought its energy procurement in-house over the past few years and, most recently, switched from a fixed to flexible contract for its gas supply.

Energy Digital spoke to Dean Laurent, Arcadia’s Purchasing Controller, Sustainable Energy Management, to see how its shifting approach has given the owner of eight fashion brands, including Topshop and Miss Selfridge, greater control and understanding of how its resources are being used.

Laurent, who previously worked for Debenhams and Selfridges, runs five teams and manages a circa £200mn ($266mn) spend. As the person responsible for the operational side of Arcadia’s procurement, he has seen his role develop extensively since joining the company and been instrumental in bringing about significant change in the company’s approach to both procurement and energy management.

“When I first started 11 years ago, purchasing was based out of Leeds [it’s now in London] and there were about eight or nine of us looking after procurement. We weren’t as fully involved in all of the areas as we are now. Packaging, for instance, didn’t sit under our remit and though print purchasing was an element of procurement, it was managed in isolation whereas we brought it into a centralised function,” he explains.

“Over the past few years we have pulled the more commercial aspects of the business into our team, enabling us to have wider control over the spend in multiple areas across the business. We have around 48 people working within procurement now, so it’s grown massively,” he continues.

Energy and utilities is an area of particular importance to Laurent, who says he initially started looking after this about nine years ago and quickly found Arcadia had a large number of outsourced functions around energy, utilities and procurement.

Discussing how Arcadia’s relationship with energy suppliers began to evolve, he reveals: “A lot of the utilities companies like Gazprom Energy, British Gas and EDF were starting to come and talk to us directly, and so I engaged with them. They were very open and honest, saying that they wouldn’t necessarily give a broker a better deal.

“I took it upon myself to train and align myself to a number of brokers quite quickly, and to understand the nuances of the industry and procurement. I realised we could do a lot of it ourselves and gas was the first one we brokered directly on our own. We were already with Gazprom so it was like a renewal and we ran it within our own company.”

Laurent found that he was getting the same offering as when using a broker, but that working more closely with Gazprom Energy allowed greater flexibility and opportunity to negotiate.

“The creation of our energy and utilities department all stemmed from me having those initial conversations with a lot of people and doing that first deal on gas. We realised we could do this in-house if we had the right skillset, so I put a business plan together, got HR to agree it, and got my CEO and directors on board. And that’s how we came to start engaging directly with utilities companies,” he reflects.

Having built the energy and utilities team, which now comprises five people, and spending several years bringing the company’s energy procurement in-house, Laurent set his sights on a new objective that represented another significant change for Arcadia.

“We were a business that was very risk-averse and liked certainty, but I realised we were missing an opportunity to take advantage of some better pricing, where the market might dip,” he explains. “I was championing a move from fixed to flex for a number of years – it just took me a while to convince various people, including our finance director, finance controller, CEO, property director and my procurement director, to move onto a flex deal.”

Late last year, his tenacity paid off with Arcadia signing a flexible contract with Gazprom Energy for the supply and management of gas to 73 stores, offering the company a chance to make the most of low current and future energy prices should they occur. The deal marks Arcadia’s first use of flexible gas buying as part of its revised energy strategy and has since been extended to cover 280 sites across the entire Arcadia portfolio.

Echoing the first time Arcadia brokered a deal independently, without using brokers or consultants, the first move from fixed to flex was with gas. “Gas was very much one of our learning curves,” Laurent remarks.

Speaking candidly about whether the change was worth the risk, Laurent says: “It has worked out so far. There would be a spike and it could hit us but our business has learnt over the years, since working on flexible deals, that you take advantage of the lows and get caught sometimes by the highs, but overall we have done very well in our procurement strategy of gas.”

While delivering as he hoped it would, Laurent cites the uncertainty of a flex deal as a challenge, explaining: “We have learnt over the years that it’s not simple – it’s almost on a geopolitical basis that you now have to look at what you by, how you buy and what impacts the market. We have learnt about the drivers for the market, and the importance of having the strategy in place, working to that and being flexible to change your strategy.”

As part of the contract, Arcadia has access to Gazprom Energy’s recently launched energy management tool InSight. The platform accesses live market prices and information and makes alerts available to its major energy customers – like Arcadia – and energy consultant partners, which can help reduce energy purchasing costs through a more strategic and agile process.

Giving Laurent and his team this monitoring ability ensures Arcadia is getting the best possible deal, he explains, adding that obtaining consumption data is also critical when running an energy management team.

“It’s important to us to have live access to our data, especially as we have such a large portfolio of stores. We also run our own energy management database, which mainly looks after all of our electrics, and work with a broker/consultant on a similar system for water, so having this for gas too has been brilliant; it’s allowed us to pull data, scrutinise data, assess and measure our consumption profiles, and run lots of analytics. If we see we’re using a lot of gas or electricity in a certain location, for example, we can contact the relevant management team to discuss it.”

InSight also plays a role in Arcadia’s CSR reporting and internal campaign to raise employees’ awareness about how everyone can impact energy consumption.

“One of our key goals we’re striving towards is reducing our energy consumption by 3% year-on-year. That’s quite substantial when consumption is the size of ours,” he says.

Revising Arcadia’s energy strategy has clearly been a pivotal career milestone for Laurent and he describes it as his “biggest learning curve and test” during his time at the retail giant.

“I started life at the company procuring various contracts and the standard mundane types of products most procurement people buy, so buying something quite different and having the opportunity to start a new team and bring something in-house that had been fully outsourced, and actually see the success of this, is one of the biggest things I’ve done. I never expected to start buying utilities within Arcadia,” he shares.