How Pernod Ricard is driving sustainability in the drinks industry 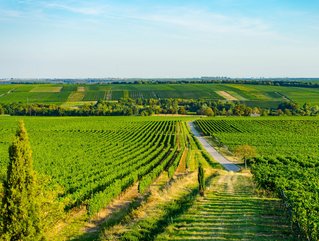 We speak with Pernod Ricard’s VP of Global Sustainability, Vanessa Wright, about the company’s 2030 sustainability roadmap and...

We speak with Pernod Ricard’s VP of Global Sustainability, Vanessa Wright, about the company’s 2030 sustainability roadmap and the initiatives driving change.

Owner and steward of many world-leading alcohol brands, including the likes of Absolut, Kahlúa, Campo Viejo, Havana Club, Beefeater, the eponymous Pernod Anise and Ricard Pastis, and many more, Pernod Ricard is one of the largest alcohol producers in the world. Across complex global operations, the company has a history of ingraining sustainable and ethical practices across its decentralised model. In modern times, under increased pressure from both consumers and the competition, the business is redoubling its sustainability and CSR programmes to ensure it is a leader in these environmentally and socially conscious times.

Pernod Ricard’s Vice President of Global Sustainability, Vanessa Wright, was keen to discuss the strategies and solutions precipitating the company’s reputation for sustainable business both today and in the future. “It goes without saying that this is nothing new for Pernod Ricard,” she attests. “We’ve got a long history in sustainability even though it hasn’t always been called that. We have an oceanography institute that’s over 50 years old, for example.” The firm recently completed its 2020 environmental roadmap, with Wright hailing the success of its reduction programmes for both carbon and water (20% and 30% cuts respectively).

Today, the company is progressing with its 2030 environmental strategy, the Good Times from a Good Place initiative, which launched in March 2019. The focuses of the new roadmap are eightfold, with each point coming under one of four pillars: nurturing terroir, valuing people, circular making, and responsible hosting.

While the specific goals of each area of focus can be found here, they consist of: biodiversity, regenerative agriculture, equality and future leadership, shared knowledge and learning, packaging and waste, water balance and carbon-footprint, combating alcohol misuse, and responsible partying (an Erasmus Student Network partnership launched 10 years ago to promote healthy drinking habits among European youth). Underpinning each of these focus points is the overarching desire to inspire joy through quality beverages without excluding consumers who are increasingly passionate about sustainable business operations. As Chairman and CEO Alexandre Ricard puts it: “We are 19,000 ‘créateurs de convivialité’”.

Wright affirms that the roadmap has been constructed in close alignment with the UN’s Sustainable Development Goals (SDGs), owing both to their clear guidance and strong links with consumer concerns. “We are a customer-centric business and we recognise that, for customers, things are changing fast and they are looking for brands that are going beyond profits,” she says. “Personally, I think we’re very lucky to be in a position where we’re guardians of these brands for a snapshot in time.” She highlights the 305-year-old Martel and 219-year-old Chivas as examples of the historic nature of Pernod Ricard’s portfolio, and the sense of stewardship that Wright feels over its legacy.

Speaking of the 2030 roadmap, Wright’s excitement for the future is palpable. “The strategy has changed; it’s much broader and really touches every part of our business,” she says. “That was what I set out to do with the strategy, making sure it isn’t something that sits to the side, shifting sustainability from being just about managing risk to being about opportunity. It’s about reducing waste and material use, creating greater efficiencies and strengthening our processes.” Sustainability done right is often a cost saver, such as in the reduced fuel consumption triggered by lighter bottles, and this is being extended at Pernod Ricard through a focus on circularity.

Championed by the Ellen MacArthur Foundation, the circular economy concept stands to minimise packaging production and waste by ingraining recycling into the business-consumer relationship, and Pernod Ricard is rolling out the concept as a strategy for some of its leading brands. “Absolut is one example,” says Wright. “As a brand, its mission for many years has been to become more circular and see things reused again and again.” Enabling this vision is simplified by the fact that Absolut’s bottles are all sourced from a single location, and Pernod Ricard maintains strong relationships with its farmers which allows it to influence their own sustainability as well. “We have full visibility of Absolut’s supply chain, and at every step we look to see how we can make it as circular as possible. The byproducts are sold on to feed 300,000 cows and pigs each day, for example. We have also launched a limited edition bottle called Absolut Comeback, which is really a campaign to celebrate recycling, and those bottles are made from 40% recycled glass.

Pernod Ricard’s efforts are not limited to brands where it has a direct view of its supply chains, however. Each supplier is compelled to commit to the company’s CSR objectives through Bluesource, and the firm is working to bring the rate of its committed suppliers to 100%. “If they don’t, we won’t work with them. We’re going to have to be very clear on those commitments,” says Wright, adding that sustainability in supply chains represents one of the most significant challenges for the drinks industry’s environmental and ethical performance. This firm approach permeates through the whole corporate strategy, with its affiliates having been required to provide local action plans for fulfilling Pernod Ricard’s corporate vision by the end of last year.

This is just a small sample of some of the ways Pernod Ricard is demonstrating how major players in the drinks industry can ingrain sustainability across its internal and affiliated operations. “I think it’s still true to say that people don’t quite understand what we mean by sustainability or the breadth of it,” says Wright. “They don’t instinctively think about human rights and other topics, so that’s part of the work we’re doing as well; building training modules around a strategy and sustainability to ensure everybody understands how they can contribute.”

While a lot of work remains to be done and the 2030 framework continues to take hold across Pernod Ricard, Wright is proud of the successes it has enjoyed thus far. “To have built a strategy that involves more than 300 people, that the business has really taken ownership of, that we can be the agitators and conductors to really drive, is something I am very proud of. For our operations teams around the world, the sustainability plan is their plan.”