How Renewable Energy Could Help You Survive the Zombie Apocalypse

Green Tech
Admin
4 min
Sure, preparedness for the zombie apocalypse is something some may scoff at. “Zombies aren’t real,” they say. “It&rsq...

Sure, preparedness for the zombie apocalypse is something some may scoff at.

“Zombies aren’t real,” they say. “It’s a stupid thing to worry about.”

Well, while I’m off safe, surviving and helping to rebuild society while they’re quickly becoming zombie food, we’ll see who gets the last laugh.

Of course, I’ve put a lot of thought into my survival strategy. There are the basics for the immediate term—use bladed weapons, only use guns if necessary, wear tight-fitting clothing that can’t be grabbed and covers your whole body, etc.—but there are the longer term things a lot of people don’t always think about. Stuff like shelter, water, and food are often secondary concerns when you’re surrounded by the walking dead, but they’re vital none-the-less.

Another pressing concern is finding a power source. Chances are, though, if zombies are roaming the earth, the electrical grid probably isn’t up. However, thanks to renewable energy, that’s less of a problem than ever.

With all sorts of technological advancements in off-grid energy, it’s possible to get power to places that you never could have before, increasing your chances of survival.

Your first order of business should be to head to Indiana and get your hands on WindStream’s MobileMill. It’s a mobile command center that runs entirely on renewable energy. Not only is it great for protection, but you’d have an unlimited source of energy and an entire command center at your fingertips at all times. 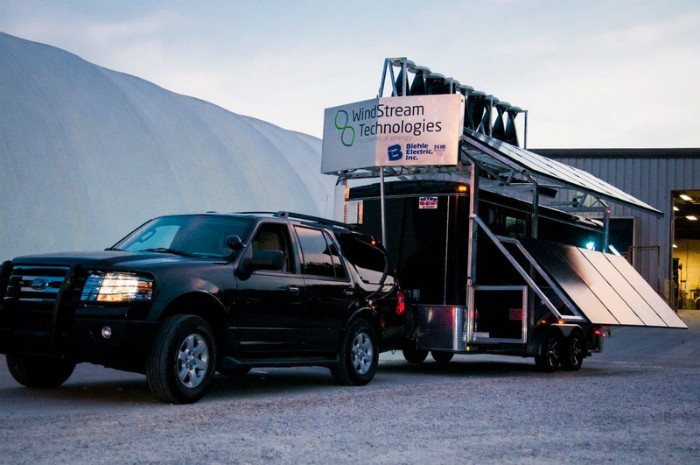 Look how rad this thing is. It's a mobile command center than runs on renewable energy! That's like, a guaranteed ticket to suriving the zombies. They can't even get in.

If Indiana is too far, try getting to Boston and locate a Soofa. The solar-powered benches will at least allow you to charge your phone and try to get in contact with other survivors. 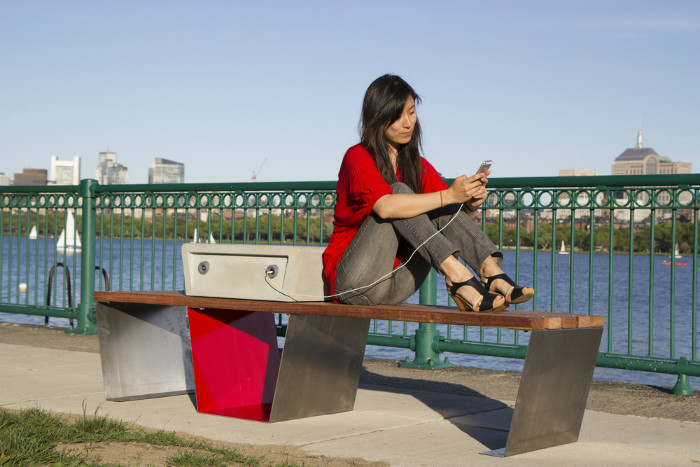 Though I'm sure you'd be treating the situation with a great urgency if zombies are bearing down on you, but you get the picture of how the Soofa works. Oh, and if you're looking at this post-apocalypse, this is in Boston. Go find this thing! There's several around the city.

Also, with solar panels and turbines now printable and portable, you can carry power with you if need be, though it might not be a large amount. Really though, it’s enough to survive.

When it comes to the zombie apocalypse, sustainability is important. This is especially true when it comes to fuel. Finding a car could be the difference between life and death. My advice? Gun for something electric. 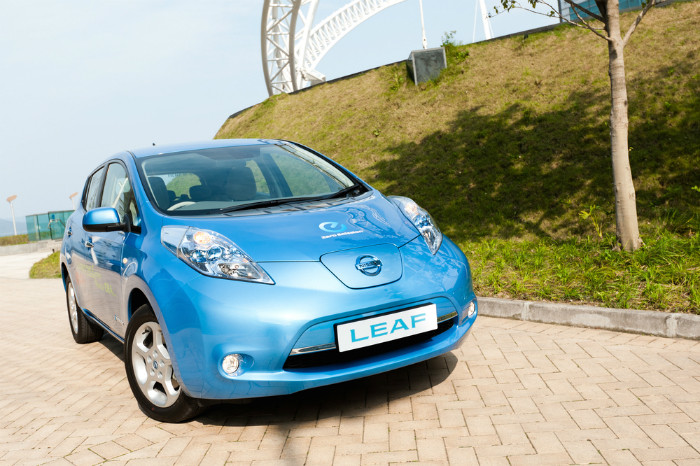 Okay, so it's not the most intimidating looking car, but the Nissan Leaf is small, quiet, and rechargable. It'll get you where you need to go without the zombies ever knowing you're around.

It’s rechargeable, reliable, and perhaps most importantly: quiet. You can sneak past zombie hordes without them ever knowing you’re there.

Now, while these are all helpful for survival, you can use renewable energy to fight back. Let’s take the Ivanpah solar facility in the Mojave Desert, for example. 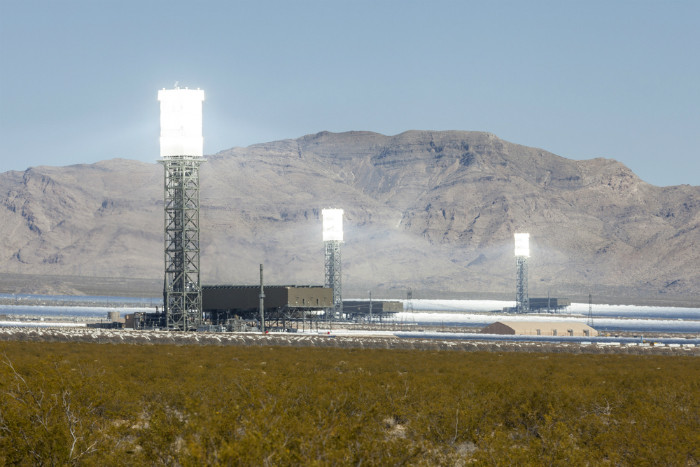 This is the facility at Ivanpah. Look at all of that highly-concentrated sunlight. Picture using that to fry all the zombies. They wouldn't be able to get near you without getting burned to a crisp. It's sustainable, too!

The concept behind the facility is that the panels reflect light onto a central location (in this case, a tower) which harnesses the energy. Now, the light being reflected is bright—really bright. There have been reports of birds being incinerated mid-air because of its intensity. While that’s certainly no good for the birds, turning the awesome power of the sun onto the living dead is undeniably awesome. Sure, you’ll lose some efficiency in the panels, but you’re not going to get eaten. Plus, like I said, using highly concentrated solar beams to incinerate zombies is just plain cool.

If you happen to get any of these thing after the world ends and zombies take over, you can start rebuilding humanity using sustainable energy. How cool is that?

Do you have any tips on using renewable energy to combat the walking dead? Tweet us @EnergyDigital or leave a comment below!