IES researches the emissions of the built environment 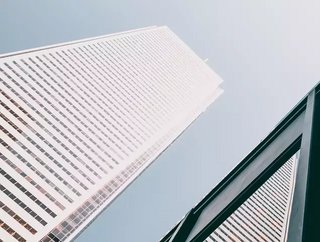 Integrated Environmental Solutions (IES) Ltd. has released research that represents the current concerns of carbon emissions in the built environment

The first step to reducing carbon emissions within a given industry is to understand how bad the issue is. In terms of the built environment, professionals are under the impression that there is minimal work, if any, to be done to curb emissions in the sector.

According to research by Integrated Environmental Solutions (IES) Ltd., around 58% of built environment specialists believe that the industry has already done enough to combat its climate impact. It’s interesting to see the opinions of the professionals, despite the remaining high levels of CO2 emissions from new developments, which contributes to around 36% of total global energy-related emissions. Available data even shows that the level of CO2 produced by building operations reached new heights in 2019.

‘While it’s great that awareness of climate issues, in general, is now pretty widespread, and 79% of organisations in the built environment sector are actively working towards net-zero, it’s clear that more needs to be done to communicate the built environment’s role in carbon emissions to those working in the sector’, says Don McLean, Chief Executive Officer of IES.

What is the cause of carbon complacency?

Backed by its research, IES believes that there is a lack of awareness around the built environment and the full effects of its carbon contribution. According to the research, 29% of workers in the industry felt there should be more action to reduce carbon and 13% had very little faith in the current efforts.

The research suggests that industry professionals are unaware of the real impact that it has on the environment. It has been recorded that the built environment is responsible for more than a third of overall emissions, but many respondents believed the number was significantly less—with answers ranging from one to 10%.

‘We really need to raise awareness of the environmental impact of buildings’ operational energy use, with the available data showing that emissions from building operations are still a huge problem, that efforts up til now have failed to tackle effectively’, McLean says.

‘Reducing the emissions created during the construction process is, of course, essential, however, considering that 80% of the buildings that will be around in 2050 are built already, optimising the operational efficiency of those already in existence is just as, if not more important’.