Inside the US Department of Energy’s Better Buildings Initiative 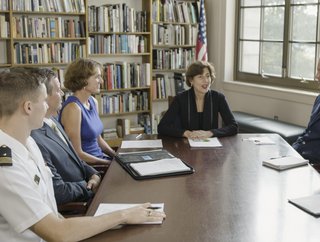 Maria Vargas, Senior Program Advisor for the US Department of Energy has spent 32 years working on the preservation of the world’s environment. She...

Maria Vargas, Senior Program Advisor for the US Department of Energy has spent 32 years working on the preservation of the world’s environment. She began at the Environmental Protection Agency in 1985, battling global warming and the depletion of the ozone layer, before becoming a Brand Manager for ENERGY STAR, the government-backed symbol identifying the most energy-efficient products and companies. In 2011, Vargas moved on to the US Department of Energy, and now runs the remarkable Better Buildings Initiative.

In the US, about $200 billion a year is spent on running commercial buildings, with another $200 billion on manufacturing facilities, and on average, between 20 and 30 percent of the energy used in those buildings can be saved cost-effectively. The Better Buildings Challenge has been issued to spur businesses into saving that energy, and so the role of Vargas and her team is to inspire and enable them to join in.

“Energy efficiency is a huge opportunity for us, and I think while we’ve made progress, there are a series of persistent and pernicious barriers,” Vargas explains. “Those are far-ranging, and are why we set up the Better Buildings Initiative. It might be a lack of senior management buy-in or incentives, not knowing how to finance change, or not knowing what technologies should be used. Sometimes when an organization does one thing, such as installing energy-efficient lighting, they think their job is done.

“The Better Buildings Initiative was borne out of recognition of those barriers, and what it would take to really accelerate the pace of energy efficiency and adoption. It’s built on the leadership theory of change: who in the market is leading the way to understand – or is willing to step up to the challenge of greater energy efficiency – and do so in a meaningful way? Who can manage a 20 percent energy use reduction across their portfolio in 10 years, and is also willing to publically share what they’re doing with others?”

Vargas states that while organizations are happy to learn from their government in many ways, they look to their peers when building a strong business case. Organizational sea change is one of the toughest barriers to break through; changing the way a company views and values the investment of efficiency is too often seen as an extra overhead cost, when in reality, energy efficiency benefits everybody.

“People ask why partners join the Better Buildings Challenge and what the benefit is,” Vargas says, “and the most obvious one is the monetary saving. On top of that, these companies are trying to attract the best talent, and the best talent wants to work for organizations that truly care. There are no downsides – nobody is going to complain if you use less energy. A kilowatt does not have a union.

“It’s fascinating, seeing what it takes to get an organization to move from being set in its ways to doing something different, and how to make that happen. Some brands are more flexible and adaptable than others, but the potential challenges force you to think differently. Those who think differently are the ones who empower their employees.”

The Department of Energy offers a great deal of support to those companies willing to join in with the Better Buildings Challenge. There is a technical hub available to aid those unsure of which technologies they should invest in, financial advice for those who may be seeking to enable their CFO to think differently, and a service to help track energy usage in order to manage it effectively. The other element to this support is connecting partners with one another, removing the element of competition by opening avenues for them to help each other. To illustrate the effectiveness of this, Vargas and her team started the Better Buildings SWAP, which sees two organizations swapping places, learning, and collaborating on ideas.

“While we established the importance of sharing information, we were trying to think about how we could prove it in a way that was fun and engaging,” explains Vargas. “Energy efficiency by itself is typically not the most exciting of topics, and yet the reality is there’s a lot of really cool stuff going on. We realized that even if companies were willing to share information, they probably thought they could only share within their own sector. A hospital can only learn from other hospitals, a grocery store can only learn from another grocery store – that’s not true.

“We wanted a way to demonstrate in a fun, interactive way that learning can happen across the market, and eventually we came up with this notion of a swap.”

The first series of the Better Buildings SWAP features Hilton and Whole Foods – both giants in their field, one very corporate and one very proud of being the opposite of corporate – swapping places and sharing the details of their organizations in the most open way possible.

“One of the Whole Foods team said ‘there’s never been suits in the kitchen before’. Despite the cultural differences, the lessons each organization took away from the experience were quite profound. That’s why we decided to make more episodes of SWAP, because it illustrates the ‘a-ha!’ moment we want people to have when they think about energy efficiency. We want to show that other people have the same issues as you, and that you’re well-served to figure out how they overcame those issues. While it’s a serious issue and very much in the national interest, we’ve proved that it can still be enjoyable and engaging.”

Vargas and her team have reaped the rewards of the SWAP in the form of positive feedback and increased awareness of what she and her team are doing. Thanks to an unforeseen degree of recognition – after all, a televised business swap is a highly unusual project for a governmental department to undertake – the first season achieved over 50 million media impressions and 300,000 YouTube views. Season two – a swap between the US Airforce Academy and the US Naval Academy – has over 1.5 million views.

The team has already wrapped on a third season – a city swap between Boston and Atlanta – which delves into a whole new set of trials. The diverse spectrum of sectors that the show has already put through the same challenge is what makes it so appealing for its audience, and it has enjoyed enough enthusiastic feedback to warrant at least two more series.

“Lots of people have been covering it, which is a microcosm of what my challenge is for energy efficiency,” says Vargas. “All these partners are doing great things but if nobody knows about it, we’re not changing anything. Part of the SWAP is about educating and engaging. The smartest people you’ll ever work with are the ones who admit they don’t know everything, the ones who will openly state that they want to learn and be better. The Better Building Initiative as a whole encourages that.”

The group of over 300 companies already taking part in the Better Buildings Challenge have saved billions of dollars between them, but in Vargas’s words, “the biggest savings come from this leadership group’s ability to motivate and accelerate change”. On the commercial buildings side alone, this project could save $80 billion every year. The businesses involved view energy efficiency as not only something they should be doing because their competitors are, but as something they should do and can do easily. The main goal of the initiative is to transform the US market and the way energy is thought about country-wide.

“That’s our hope and our belief, that people will see the savings and the impact these organizations are making, and be inspired by it. This is something that will snowball from here, and from one company to another too. It’s fascinating to watch this internally, seeing some companies make their first forays into energy efficiency, and others being inspired by their peers to expand their efforts.”