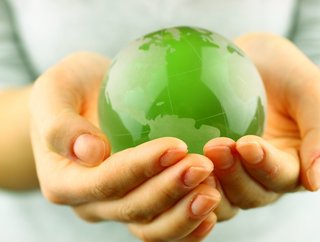 The organisation constructs informed predictions about what the world could look like in decades from now, based upon critical decisions and predetermined factors from the likes of economics, politics and population changes. These predictions are presented in three scenarios looking ahead to 2060 - Hard Rock, Unfinished Symphony, and Modern Jazz.

“The World Energy Council has been going since 1923,” Wilkinson said in an interview with Energy Digital. “It’s a community of practice which is truly international and neutral, trying to bring key figures and stakeholders in the energy system together to work out what's going on. What's the big picture? What can we do about it now?”

With significant knowledge, experience and expertise in the field of energy foresight, Wilkinson explains that although progress is being made in the direction of a sustainable future, this is only down to action, and governments and global corporations need to recognise and prioritise action more readily if a future that encompasses clean energy is to become a reality.

“I used worry about the future, but then I became an activist,” Wilkinson continued. “It's not ideological, it's just getting people who can make some change happen to change.

She continues to state that whilst action is needed, there is no point in action without informed direction and the way of achieving that is through communication and debate of people from all walks of life.

“Governments need to step up and state the facts to some of these big businesses. Google has signed up to something called the Breakthrough Energy coalition where a whole group of digital billionaires have decided that they are going to transform the energy system. This is the cult of celebrity that I really find quite frustrating. Just because you're a billionaire, it doesn't mean you know anything better than the next person.”

For the full interview and Wilkinson’s exclusive insight into the three scenarios, and her plans for them, look out for the October edition of Energy Digital Magazine.