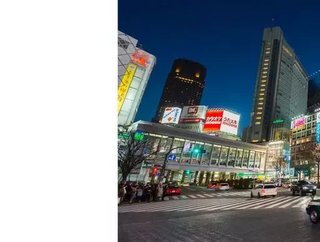 Japan’s ruling coalition has proposed tax breaks on low-emission cars and green investments as part of a package of incentives worth up to £460 million as Prime Minister Yoshihide Suga puts carbon neutrality at the centre of economic recovery plans.

Suga intends to cut greenhouse gas emissions to zero by 2050, bringing Japan in line with the European Union and ahead of China’s pledge to achieve the same goal by 2060, according to a Reuters report.

The prime minister’s ruling Liberal Democratic Party (LDP) and its ally the Komeito Party have proposed tax exemptions for firms that increase carbon-free investment in their tax reform plan. This plan will serve as a platform for the government’s tax policies for the year beginning in April.

The ruling coalition has proposed extending by two years tax reductions for environmentally friendly cars, and cutting the tax charged on aviation fuel to help airlines hit by the fallout from the coronavirus pandemic.

It has also called for further steps to be taken to soften the blow from COVID-19 on households and businesses, including an extension of tax breaks on mortgages and of corporate tax discounts for small and mid-sized businesses.

“We cannot tackle fiscal reform right now, but we must build a foundation to achieve it as soon as possible,” Amari says.

The tax plan comes in the wake of Japan’s decision to compile a £531.8 million economic stimulus package that features support for green and digital innovation as Suga’s administration sees these as key areas for Japanese business investment that could give the economy a necessary boost.

Although Japanese car makers have seen sales rebound from the impact of the pandemic, they have fallen behind their global peers in the race to develop electric vehicles.