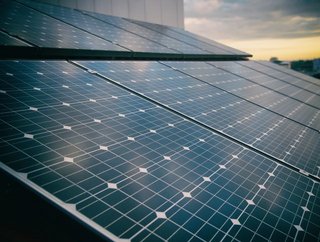 Panasonic and Sekisui Chemical have been developing new types of solar cells that are expected to be more durable and cheaper to produce.

Panasonic and Sekisui Chemical have been developing new types of solar cells that are expected to be more durable and cheaper to produce.

The perovskite solar cells are larger than typical silicon cells making them – along with their durable nature – more adaptable to curving surfaces, such as walls and vehicles.

The new technology is thinner and lighter than silicon cells, making the process of production less complex and more cost-efficient – perovskite solar cells are anticipated to cost half as much to make.

The two firms have received aid from the New Energy and Industrial Technology Development Organisation, which is connected with the Ministry of Economy, Trade and Industry in Japan.

Panasonic, the Japanese electronics manufacturer, has so far created a 20cm by 20 cm perovskite cell, which can be joined with other cell panels to create larger sheets.

However, traditional silicon cells are capable of converting approximately 25% of the sun’s energy that hits them, Panasonic are currently aiming to create cells that convert 20%, a target that are about halfway to reaching.

The cells that Sekisui Chemicals have been developing are anticipated to have a life-expectancy of 10 years, which is half a traditional silicon cell.

The new technology is not yet suited to being used in solar farms, due to its lack of durability compared to traditional cells.

The cells are expected to be adapted to more niche markets, such as being used on large buildings and cars.