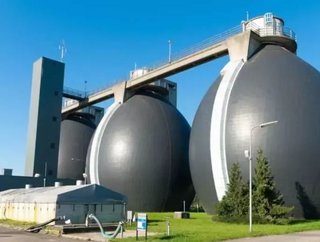 The New Delhi Municipal Council (NDMC) has stepped in to aid residents struggling with a power crisis via a daily contribution of 16 MW of electricity g...

The New Delhi Municipal Council (NDMC) has stepped in to aid residents struggling with a power crisis via a daily contribution of 16 MW of electricity generated from solid waste.  The electricity generated by the Waste-to-Energy plant, built on NDMC land in Okhla, reportedly benefits 8,000 houses within the capital city.

The plant was built and operated by the Jindal Group, India’s fourth-largest industrial conglomerate. Established in 2011, the plant processes 1,300 metric tons of municipal waste, 200 to 400 tons of which is contributed as fuel. The Jindal Group states that the plant is equipped with modern systems and uses the latest technologies to minimize health and environmental risks.

Amid the recent heat wave sweeping through North India, temperatures in some parts of Delhi have reached a 63-year high of 118 degrees Fahrenheit. The surge in demand for electricity stems from residents cranking up air-conditioning units and damage to power lines during a recent storm. Thus, the power grid has become overwhelmed, sparking outages and forcing Delhi to introduce various emergency power-saving measures such as cutting power to shopping malls and turning off streetlights.  Government officials have also found their air conditioning cut in an attempt to conserve power.

In a recent press conference, Piyush Goyal, minister of state for power, coal and new and renewable energy stated, “Clearly the power grid as it stands today is outdated, needs augmentation and modernization and may repeatedly have outages and tripping problems.”  Problems with transmission lines meant Delhi could absorb 400 megawatts of power on top of its existing 5,300 megawatts, falling short of the current peak demand of 5,800 megawatts.

In the Northern state of Uttar Pradesh, electricity demand rose to 11,000 megawatts, far beyond the 8,000-megawatt capacity of the grid.  Many residents found themselves without water due to pump outages.  In protest of the blackouts, locals set electricity substations on fire and took power company officials hostage.

As a whole, New Delhi generates roughly 8,000 tons of garbage a day. The New Delhi Planning Commission's taskforce on waste to energy has recently recommended a public-private partnership model for a combination of waste management technologies in order to reduce the load of local landfills.  This includes a push for more Waste-to-Energy plants throughout the country.  The taskforce stated that they have a goal to set up 215 plants by 2031 to generate 1075 MW of power.