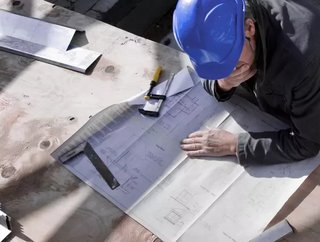 John Wood Group has reached agreements to resolve bribery and corruption investigations into the past use of third parties in the legacy Amec Foster Wheeler business.

In a statement, the group said it reached resolutions with the UK's Serious Fraud Office, the Department of Justice and Securities and Exchange Commission in the US, the Ministério Público Federal (‘MPF’), the Comptroller General’s Office (‘CGU’) and the Solicitor General (‘AGU’) in Brazil.

Under the terms, the company will pay compensation, disgorgement and prejudgment interest, fines and penalties totalling $177m.

This will be phased over the next three years with approximately $62m payable in H2 2021, and the balance to be paid in instalments in 2022, 2023 and 2024.  The amount and payment plan are as disclosed and provided for in Wood’s financial statements for the year ending 31 December 2020, published in March.

The resolutions relate to historical conduct which occurred before Amec acquired Foster Wheeler AG in November 2014 and prior to the combined firm’s acquisition by Wood in October 2017. Wood cooperated fully with all authorities in their investigations, which is reflected in the cooperation credit that Wood received from the authorities in their respective resolutions.

In the UK, a three-year deferred prosecution agreement relating to the use of third-party agents for bribery and corruption in five countries by Foster Wheeler, has been agreed with the SFO and was the subject of a preliminary Crown Court hearing today. Wood and the SFO will seek final judicial approval of the DPA from the Court on July 1.

Wood has also entered into a three-year DPA with the DOJ, a cease & desist order with the SEC, and leniency agreements with a term of 18 months with the CGU, AGU and MPF, all in relation to the historical use of third-party agents for bribery and corruption in connection with winning a project in Brazil.

Assuming that final judicial approval is received in the UK, it will officially conclude these investigations into the legacy Amec Foster Wheeler business.

Wood continually reviews and enhances its compliance programme to mitigate the risk of recurrence of similar conduct, and now prohibits the use of sales agents or similar unless required by law.

In light of its remediation actions conducted to date and compliance improvements, none of the resolutions require the appointment of an independent compliance monitor but do include certain ongoing compliance obligations to the SFO, DOJ, and Brazilian authorities for the duration of the relevant agreements.

Robin Watson, Chief Executive, Wood, said the investigations brought to light unacceptable, albeit historical, behaviour that "I condemn in the strongest terms".

"Although we inherited these issues through acquisition, we took full responsibility in addressing them, as any responsible business would. Since our acquisition of Amec Foster Wheeler, we have cooperated fully with the authorities and have taken steps to further improve our ethics and compliance programme from an already strong foundation.  I’m pleased that, subject to final court approval in the UK, we have been able to resolve these issues and can now look to the future.”

Roy Franklin, Chair, Wood, said: “The historical conduct that led to these investigations does not reflect the values of Wood that unite us as a global team. The resolutions underline why we attach such importance to upholding the highest standards of ethics and compliance in all parts of the world where we operate, and why we continue to invest in strengthening our governance in this area.”

The development will supply renewable electricity to a large ferrochrome production facility, displacing the equivalent gas-fired power generation taken from the grid and saving more than 25,000 tonnes of CO2 emissions annually.