Admin
5 min
According to the Supreme Court case Citizens United v. FEC, money is free speech. So by that logic, what better measure is there of a community&rsquo...

According to the Supreme Court case Citizens United v. FEC, money is free speech. So by that logic, what better measure is there of a community’s support of a product or idea than tech world-beloved crowdfunding website Kickstarter?

The website has been responsible for a host of successful product launches in every sector from music to literature; from journalism to technology. According to Kickstarter, over $1.5 billion has been independently donated to almost 78,000 projects since the site’s launch in 2009.

We at Energy Digital are always keeping our ear to the ground for the next major breakthrough or product development in the world of energy and sustainable, green technology. That’s why we spend a lot of time on Kickstarter. The major innovations don’t always come from the big companies. In fact, more often than not, it’s the tinkerers. It’s the people who risk it all on shooting for the moon.

So if we see a project that we like, we feel like we should tell people about it. So without further ado, this is the list of the top projects on Kickstarter that we’re watching this week, along with the amount raised at time of our publishing and how much longer the project has to reach its goal.

If you’re a regular reader on this site then you’re no stranger to solar power. The technology has, in recent years, moved well beyond the scope of the theoretical and is now being accepted as one of the most practical renewable energy sources in the world. In fact, between 2012 and 2014, solar energy production increased by about 90.52 percent in the United States, according to the U.S. Energy Information Administration.

But the technology is not without drawbacks. While the obvious problems (like energy storage and rainy day downtime) have a multitude of solutions, the technologists have been slower to address the relatively small percentage of sunlight harnessed by traditional panels. Most flat photovoltaic panels currently convert roughly 16 percent of sunlight into electricity with the rest being absorbed as heat.

Solstice Power is hoping to change that. With an innovative approach that utilizes concentrated photovoltaics, the company says their solar systems could produce about three to five times as much electricity as conventional panels. Solstice Power says that at this point each individual component of their system has been tested and proven, but financial backing is needed to scale the technology up into a full system before taking their product to market.

If successful, this technology could prove to be another milestone in the adoption of solar energy. 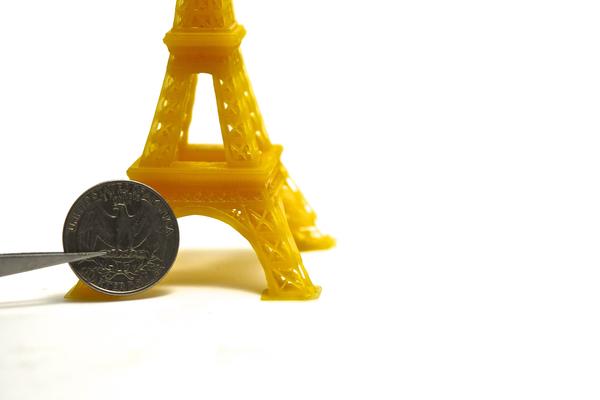 In the society that we have today, to fill the needs of a constantly fluctuating number of consumers, manufacturers across the spectrum of industries typically generate too much of a product and warehouse the difference either on the chance that their production will have some sort of hiccup in the future or that demand for their product will increase, allowing themselves some cushion. While this has worked wonders for a few established countries, it often comes at the expense of developing nations where manufacturing is cheaper and the global resource pool that is drained to create products that aren’t necessarily being sought.

Enter 3D printing. Let’s say you needed to replace a broken part in your car. Assuming it’s a dynamic piece, you can go down to an auto store and purchase one of many spares, or you can print yourself one (actually, Jay Leno is already doing just that). Imagine a whole world where rather than relying on overproduced products that cost huge amounts of energy to get to market, you’re able to sit down at your desk and print what you need.

It’s not science fiction anymore. While 3D printing has been around in some form for a few years, it typically runs significantly more expensive than consumers are willing—or able—to pay. 3D Facture hopes to change that by introducing a high-resolution 3D printer at a pricetag below $1,000.

Because of the massive implications this technology has for the future of manufacturing, we consider it an important step toward sustainable development. 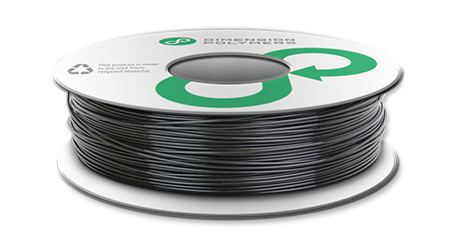 While 3D printing is poised to overhaul the manufacturing and design industries, one of the major limitations to making to product “green” is the printing filament. In essence, 3D printing takes raw plastic and either precisely extrudes it or uses a UV laser to shape a reactive resin one layer at a time.

At this time, all 3D printing filaments are made from “virgin” plastic, as Dimension Polymers founders Mark Sherman and Gerald Galazin put it. While there are already some products on the market that allow tinkerers to recycle their own plastic to create 3D printing filament, the quality is often insufficient and the process is time-consuming. So Dimension Polymers is trying to be the first to introduce high quality, 100 percent recycled plastic filaments, making the process cleaner, greener and more sustainable.

This project is a no-brainer for anyone who’s ever run out of power on their phone while out and about. It’s perfect for anyone who wants to take some form of generator or power supply with them camping, but doesn’t want to be weighed down by bulky commercial units. Actually, it’s perfect for just about everyone.

The kraftwerk unit generates electricity made internally with lighter gas. After a three second fill-up, kraftwerk’s makers say the device can generate enough electricity to fully charge 11 iPhones, all while coming in at a cool 7 ounce unit roughly the size of a cell phone. Anything that can be plugged into a standard USB port can be charged using the kraftwerk.

Currently, the device’s maker eZelleron Inc. has raised nearly twice as much funding on Kickstarter as the drive initially called for. So, they’ve introduced some new incentives for donations, including special edition kraftwerk units for each backer once the drive raises $1 million. With such a simple product, it’s easy to see why the device was chosen as a staff pick by Kickstarter.