Liverpool to offset 110% of carbon emissions through blockchain project 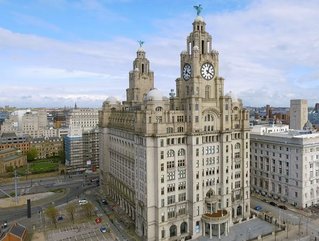 Liverpool is set to become the first city climate-positive city in the world as it plans to offset more than 110% of it car...

Liverpool is set to become the first city climate-positive city in the world as it plans to offset more than 110% of it carbon emissions from products and services.

Liverpool City Council will launch a year-long trial to offset its carbon impact though the support of global forest conservation.

The council is also aiming to reduce its carbon impact by 40% by 2030 and has launched energy efficient projects in order to reach the goal, such as LED light installation to save 82% of energy consumption in streetlighting.

“I’m delighted we have signed this partnership agreement with Poseidon to connect Liverpool directly with climate positive projects across the globe,” stated Joe Anderson, the Mayor of Liverpool.

“Poseidon’s technology is the first of its kind to truly deliver a solution to governments, businesses and individuals around the world to help reverse the causes of climate change and I am thrilled this agreement will bring this cutting-edge technology to our city.”

“This is a ground-breaking partnership not just for Poseidon and Liverpool, but globally,” remarked Laszlo, Giricz, Founder and CEO of the Poseidon Foundation.

“For the first time, a city will use blockchain technology to go beyond rebalancing its carbon footprint – leading the way in the fight against climate change.”

“Liverpool is a trailblazer a shining example to other cities in the UK and across the world on what can be achieved through harnessing the power of technology to meet one of humanity’s greatest challenges.”

“And now that it is clear that our platform is fully scalable, it is time for other cities to take action.”