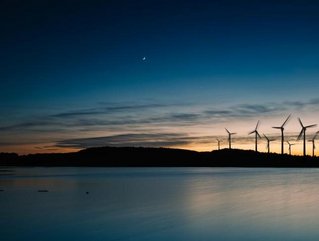 The United Arab Emirates-based company, Masdar, has announced it is set to purchase stakes in two wind farms in the United States...

The United Arab Emirates-based company, Masdar, has announced it is set to purchase stakes in two wind farms in the United States, according to Arabian Business.

It is anticipated that the deal will reach completion during the first half of 2019, however, Masdar didn’t reveal the value and size of the stakes acquired.

“Extending our reach into the United States is a defining moment for Masdar’s clean energy operations and a further step forward in our efforts to expand the company’s global renewable energy portfolio, which now encompasses more than 25 countries,” said Mohamed Jameel Al Ramahi, CEO of Masdar.

“The United States provides excellent commercial potential in the long-term, with a record 6.3 per cent of the country’s electricity generated from wind in 2017. We aim to increase our investments in the US in the next few years as we continue to strengthen our current partnerships and explore new business opportunities.”

Following the close of the deal, Masdar will own interest in a partnership with Akuo Energy - the France-based renewable power producer.

“We are pleased to have partnered with Akuo on Rocksprings and Sterling wind projects. This investment realisation with Masdar will release capital to recycle into new greenfield opportunities in the US and internationally where we remain committed to our strategy investing in renewable energy and other infrastructure,” added Olivier Brousse, John Laing's CEO.