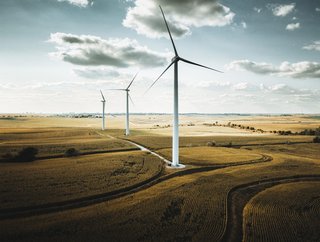 Madison Gas and Electric's (MGE) 66-megawatt Saratoga Wind Farm is fully operational and delivering sustainable, carbon-free energy to the electric grid. MGE and Vestas – the company that built the turbines – have completed testing of the turbines and electrical systems, and the wind farm is fully online.

"Saratoga is serving MGE customers with cost-effective, clean electricity while adding new, more efficient wind technology to our energy supply mix," Chairman, President and CEO Jeff Keebler said. "MGE remains committed to driving carbon out of our energy supply mix and to reaching our carbon reduction goals. Saratoga – and our other proposed renewable energy projects – are steps in our ongoing transition toward a more sustainable energy future."

Consisting of 33 wind turbines, the Saratoga Wind Farm is located about 200 miles west of Madison near Saratoga in Howard County, Iowa. This site was chosen for its strong winds and proximity to existing transmission infrastructure.

Under its Energy 2030 framework, MGE has pledged to supply 30% of electric sales with renewable resources by 2030. MGE also is on a trajectory to reduce carbon emissions at least 40% from 2005 levels by 2030. This is consistent with the U.S. emissions targets for the 2030 timeframe established under the Paris Agreement on climate change.

Beyond 2030, MGE is targeting at least an 80% reduction in carbon emissions from 2005 levels by 2050. This also is an internationally recognized benchmark.

"We have said since establishing these goals that if we can go further faster by working with our customers, we will," Keebler said.