National Grid MA is the US’s most energy efficient utility 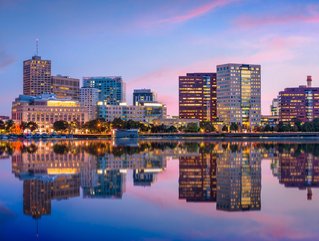 Effective energy management can yield carbon and cost-saving dividends for utilities and their customers alike. We spoke w...

Effective energy management can yield carbon and cost-saving dividends for utilities and their customers alike. We spoke with Pat Dever, Chief Data Strategist at Avista, about this subject in our January issue, elucidating the role energy companies can have in mitigating the environmental impact of emissions by incorporating technology and awareness programmes into their services.

While Avista serves four northwestern states, its contemporary on the far side of the US has just been awarded the lofty accolade of top utility in the country for energy efficiency by the American Council for an Energy-Efficient Economy (ACEEE). Massachusetts itself has been named the leading state for energy efficiency over the last nine years, with National Grid’s energy efficiency capabilities being a significant contributor to the state-wide MassSave programme.

In 2018, National Grid Massachusetts’ customers saved 743 GWh (enough to power 102,000 for a full year), while its gas customers saved enough energy to heat 23,000 homes for a year. A staggering 504,601 tonnes of carbon dioxide emissions were cut from proceedings in 2018, equating to the same impact that could be made from removing 97,000 cars from Massachusetts' roads for a year.

“Energy efficiency is consistently shown to be the most cost-effective method of emissions reduction and allows all of our customers to play a part in the clean energy transition while also saving money,” said Marcy Reed, President of National Grid Massachusetts and EVP of US Policy and Social Impact, in National Grid’s press release.

“I am proud that National Grid’s energy efficiency programs have been recognized as #1 in the nation by prioritising low-income communities, electric vehicle infrastructure, and aggressive programmes for high energy use commercial and industrial customers. We are committed to supporting the Commonwealth and our customers in our shared goals of meaningful deep emissions reductions and a clean energy future.”

Steven Nadel, Executive Director at the ACEEE, added: “National Grid MA has delivered far greater energy savings, as a share of sales, than any other utility in our scorecard. In doing so, it has proven its innovation and leadership in the industry.

“It also stands out for its bold investments in low-income communities. Last year, it spent more than 15% of its efficiency funding – above the industry average of 10% – on programs to help these communities save energy.”