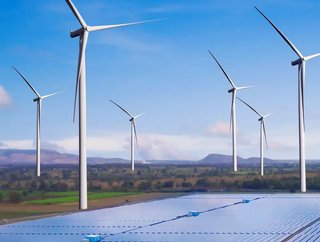 Net Zero North West released its report, which outlines its green investments in the North West region, as it follows UK Ten Point Plan for decarbonisation

Net Zero North West is an organisation committed to driving industrial decarbonisation by supporting energy-intensive industries to meet their net-zero targets. The organisation has released a report, which showcases a £207bn net-zero investment in the North West.

The Net Zero North West multi-billion pound prospectus showcases the North West as the top UK region to receive post-Covid green investment, which will be unveiled at a special launch event with the UK Business Secretary, Kwasi Kwarteng. The report, authored by the top analysts at Siemens UK, highlights how the region is on track with the Ten Point Plan that UK Prime Minister Boris Johnson set out in an effort to bring the country to a net-zero status.

The prospectus explains how the region will adopt net-zero status by 2040 - 10 years before the Paris Agreement deadline - and sets out the details of 18 investment cases for green projects, which are waiting for the next implementation stage. These projects will accumulate a saving of 38.5 mega-tonnes of carbon dioxide emissions and provide £207bn with of investment to boost the UK economy by £285bn gross value added (GVA) and support or create over 660,000 jobs.

An Era Of Sustainability And New Employment

The three key aims of the prospectus are:

“The North West led the first industrial revolution, and today it’s leading the new green industrial revolution, bringing jobs and investment to communities across the region as we fight climate change and build back greener,” says The Rt Hon Kwasi Kwarteng MP, Secretary of State for Business, Energy and Industrial Strategy.

“We’re already seeing this investment flowing, with government funding of £33m for hydrogen and carbon capture in the region and just this week, Vauxhall announced a £100m investment to build electric vehicles at Ellesmere Port. [...] It’s clear that if you think Net Zero, you think North West and I’m delighted to be a part of this special launch event and discuss the region’s prospects.”

Carl Ennis, Chairman, Net Zero North West and CEO Siemens GB, says, “The North West is the only UK region that has everything required to deliver the UK’s first net-zero region by 2040. There is no question that we have the vision, geography, expertise and infrastructure to deliver. Our strength lies in the unrivalled number of projects already happening on the ground, across hydrogen, renewables, carbon capture, nuclear and more. Working with Government, we are committed to real change that will not only level up the country but is critical to reaching the UK’s net-zero targets. Now is the time for action, and this prospectus sets out how we will deliver.”