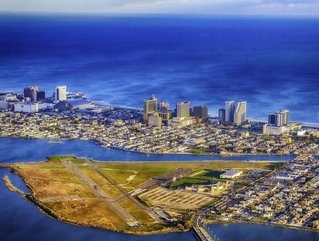 New Jersey’s Board of Public Utilities (BPU) has approved an order to open solicitation for 1.1GW worth of offshore wind projects...

New Jersey’s Board of Public Utilities (BPU) has approved an order to open solicitation for 1.1GW worth of offshore wind projects, which is the largest ever solicitation of its kind for a US state.

Bidding will close by 28 December 2018 with applications to be acted on by 1 July 2019. The BPU states this timeframe will allow applicants to take advantage of federal investment tax credits for offshore wind developers, which are set to expire at the end of 2019. The BPU also added that these credits could make a difference of 12% to total project costs.

‘Shockingly’ low prices for Massachusetts energy thanks to US offshore wind

Governor Phil Murphy, who is making strides in keeping New Jersey on track toward its sustainability goals despite moves to the contrary within the wider United States, said: “In the span of just nine months, New Jersey has vaulted to the front of the pack in establishing this cutting-edge industry.

“We campaigned on rebuilding New Jersey’s reputation as a clean energy leader and that involves setting an aggressive timetable on offshore wind. Thanks to the Board, today we took another enormous step toward realising that goal with the largest single-state solicitation of offshore wind in the country.”

The BPU is also considering, at Murphy’s request, an additional 1.2GW of solicitations in 2020 and again in 2022.