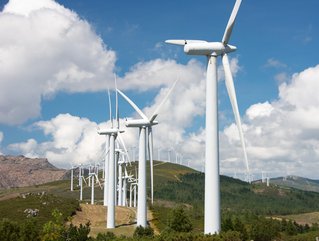 GlobalData believes that removing the ban on subsidies for onshore wind farms could lead to a b...

GlobalData believes that removing the ban on subsidies for onshore wind farms could lead to a breakthrough in UK CO2 mitigation targets.

Announcing its conclusion via a press release, the data and analytics company indicated that, after an initial spike in installed onshore wind capacity following the 2015 ban, the number of new wind farms declined rapidly to pre-ban levels.

However, with the UK Government’s target of net-zero carbon by 2050 likely to be a challenge, any advantage that can be gained from repealing stifling legislation to a key source of renewable energy could supercharge the country’s progress.

Breathing vitality into the market

With the removal of the ban on subsidies, onshore wind companies will be able to bid in Contract for Difference (CfD) auctions, which are also available for other renewable options: solar, nuclear and offshore wind.

Speaking about this more level playing field, Bhavana Sri Pullagura, Power Analyst at GlobalData believed that this development is a significant shift.

“The next CfD auction is scheduled to be held in 2021, and allowing onshore wind to compete for long-term contracts will only improve the viability of upcoming projects and renew investor confidence.

“Since early last decade, several iterations of subsidy revisions have hindered the market, leading to a decline in annual capacity commissioned.

“By removing supportive market structures for onshore wind, the UK risked preventing significant proliferation of the technology; compromising its push to reduce carbon emissions,” he said.

Onshore wind: one of the best options available?

The change in legislation could lead to the reevaluation of onshore wind itself. According to Renewable UK, onshore is the “most cost-effective choice for new electricity in the UK, bar none - it is cheaper than gas, nuclear, coal”.