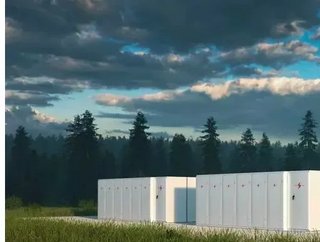 The state’s government is in talks to transform Port Cortlandt, on the Hudson River, into an economic hub for offshore wind...

The suggested site for the hub, located on the Port Cortlandt waterfront, is one of 11 sites in New York that are competing for a $200mn development grant from the New York State Energy Research and Development Authority (NYSERDA). This funding forms part of New York governor Andrew Cuomo’s target of producing 9,000MW of offshore energy by 2035. New York is already the most progressive state for offshore wind projects.

The Port Cortlandt site is close to the Indian Point Energy Center, owned by Entergy Nuclear Northeast. This facility is due to shut down in 2021, and the potential new offshore wind project could ensure that the area does not lose energy jobs and investments.

Bids from the 11 interested sites are due before 20 October. A proposer’s conference held on 12 August gave the sites an opportunity to present their plans to NYSERDA. The authority expects the selected offshore wind ports to be operational by 2024.

James F. Creighton, town councilman for Cortlandt, commented: “The announcement that Port Cortlandt could help support the green infrastructure needs of New York State while bringing major investment and good paying union jobs to our community is welcome news here in Cortlandt. With the imminent closing of the last Indian Point nuclear generating unit next April, the Town of Cortlandt is committed to remaining a vibrant, beautiful, economically stable and sustainable community in the Hudson Valley region.”

Thomas Carey, president of the Westchester/Putnam Central Labor Body AFL-CIO, added: “This project could not have come at a better time, especially after the announcement of the closure of Indian Point Energy Center and pending loss of 1,000 jobs. This project will require a skilled workforce, which means high paying jobs to those who need it most. This is a very exciting project to many of us in the building trades as we look forward to the future energy needs of not only Westchester County but all across the country. I always supported the nuclear industry but now we must look to the future of clean energy and reducing our carbon footprint.”