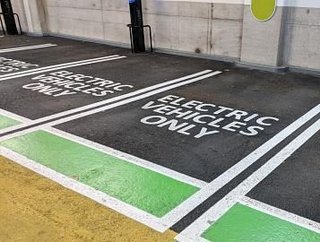 Norway has made notable success in the last year, as the government reports that a third of car sales were electric cars. This take...

Norway has made notable success in the last year, as the government reports that a third of car sales were electric cars. This takes the nation closer to its 2025 goal of being free of fossil fuel cars. The plan was undertaken in order to reduce emissions and air pollution in Norway.

With over 148,000 fossil fuel cars sold in the last year,  Oeyvind Solberg Thorsen, head of the Norwegian Road Federation (NRF), noted at the conference that this is “a small step closer to the 2025 goal.” The Norwegian government has provided many incentives to drive the nation’s transition to battery operated cars, such as tax exemption, free parking and charging stations.

Top 10 most valuable brands in Europe

2019: The year of transparency and authenticity

According to the independent NRF, electric cars increased to 31.2% of revenue last year, from 20.8% in 2017 and just 5.5% in 2013. The most popular model in Norway over the last year was Nissan’s (7201.T) upgraded Leaf electric car. Other popular models included (BMWG.DE) and Volkswagens (VOWG_p.DE)

The International Energy Agency (IEA) shared that Norway’s share of hybrid cars was at 39% in 2017, with Iceland in second place with 12%. Though Norway’s 2025 goal is ambitious, it is likely to continue to hold the record of electric car sales per capita for some time.