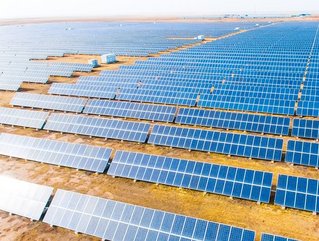 The Nevada-based utility, NV Energy, have announced they have contracted 1GW of new solar capacity and 100MW of energy stor...

The Nevada-based utility, NV Energy, have announced they have contracted 1GW of new solar capacity and 100MW of energy storage for the state.

The projects make up the largest renewable energy expansion Nevada has ever seen.

There will be six solar projects developed in the state, three of which will use batteries, as a result of January’s competitive solicitation.

The US$2bn projects are expected to be operational by the end of 2021.

“The six new projects position NV Energy to keep its commitment to double renewable energy by 2023 and, importantly, by diversifiying our state’s eletricty generation portfolio, will reduce the costs to serve customers,” remarked Paul Caudill, CEO of NV Energy.

Sempra Renewables will develop the Copper Mountain Solar 5 project, which will have a capacity of 250MW.

The 200MW Dodge Flat Solar Energy Centre will be found east of Reno, to be developed by Nextra Energy Resources. The centre will feature 50MW of energy storage.

The firm will also develop the Fish Springs Ranch Solar Energy Centre, which will be built north of Reno and have 100MW of renewable energy capacity and 25Mw of storage.

Cypress Creek Renewables have been contracted to develop the 101MW Battle Mountain Solar Project, which will have 25MW of battery storage.

The final project, the 50MW Techren Solar V project will be located in Eldorado Valley. The site will be added to the Techren Solar I, II, III, and IV projects that are currently under construction by Techren Solar, bringing the total capacity to 400MW.