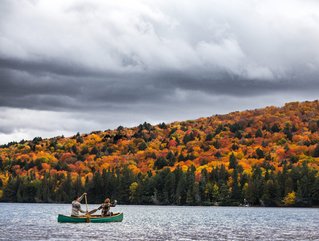 The Government of Ontario has released its plan aiming to comply to the Paris Climate Agreement targets.

The Government of Ontario has released its plan aiming to comply to the Paris Climate Agreement targets.

The strategy includes the introduction of a fund that will target private investment in clean technologies.

The province will invest $400mn into the initiative over a span of four years, through the Ontarion Carbon Trust, which is funded by taxpayers.

The government also plans to establish performance standards for large emitters in an aim to meet the goals by 2030.

Rob Phillips, the Environment Minister of the province, revealed the strategy on 29 November.

“It's a plan that makes a clean break from the status quo, and it's a plan that balances a health environment and a healthy economy,” noted Phillips.

“Our plan will encourage individuals, families and businesses to take greater ownership of our shared environment while we work toward those shared objectives.”

The Paris Climate Agreement targets include reducing emissions by 30% against a 2005 baseline by 2030.

In order to meet the target, Ontario needs to reduce its emissions from 161 megatonnes to 143 megatonnes.

“The plan we have presented today, is a sensible, achievable approach to do that,” Phillips added.