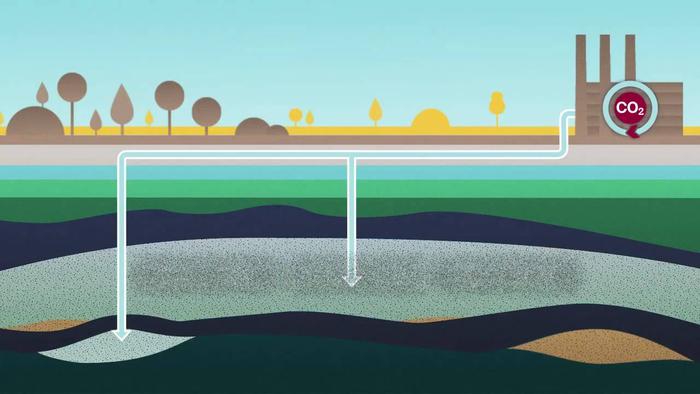 Klaus Lackner at Arizona State University is working to develop technologies to capture carbon that’s in the atmosphere and find ways to reuse it or permanently dispose of it.

"CO2 is a waste that just accumulates in the atmosphere. The more we have, the warmer the climate is going to get," said Lackner.

The ideology is that waste carbon dioxide can be captured from large point sources, such as fossil fuel power plants, and then transport it to a storage site. 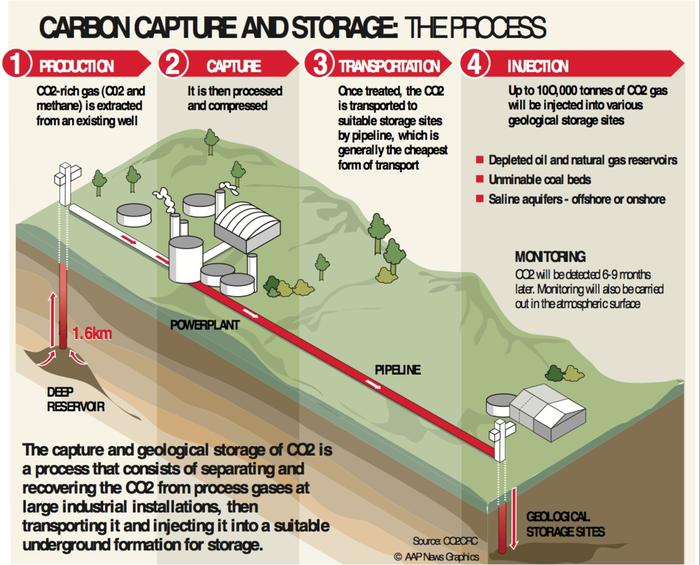 "You can't build a reactor in the back yard," said Sam Brinton, a nuclear engineer. "We're looking for a test bed or an innovation center or somewhere where these amazing startups can all get together, collaborate, be on their own when they need to, but develop these advanced reactors in real time and in real space.”

Earlier this week, the US Department of Energy announced it was investing millions to further develop advanced nuclear reactor designs.

Tidal power, a sister resource to wind, takes advantage of the predictability of the ocean tides to generate electricity, either via estuary barges or directly from the currents themselves via tidal streams. According to the Ocean Energy Council, the ideal area to net the most potential power is an area with a tidal range of at least seven meters. Energy can be generated via floating devices that drive hydraulic pumps, oscillating water columns within cylindrical shafts to create air movement, or hydropower turbines. 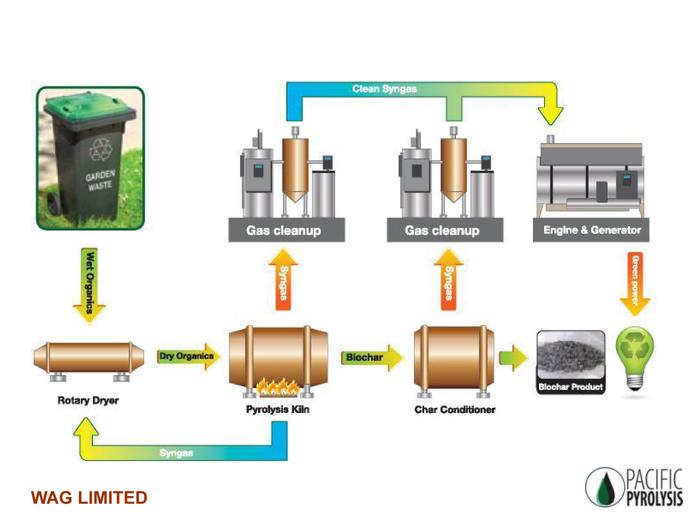 Pyrolysis, a form of treatment that chemically decomposes organic materials by heat in the absence of oxygen, is quickly becoming a viable option for energy. The advanced technology would rapidly heat biomasses, such as wood chips or corn stalks, without oxygen to produce a bio-crude that can be used for transportation fuels or to generate electricity. 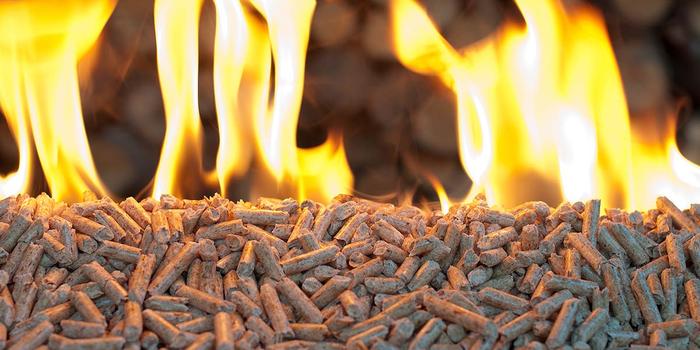 According to the United States Department of Agriculture, the pyrolysis process can be self-sustained, as combustion of the syngas and a portion of bio-oil or bio-char can provide all the necessary energy to drive the reaction.

Welcome to the future. Scientists and startups are beginning to explore high-altitude wind mills, a unique way of tapping wind energy at high altitudes. One such company is Altaeros Energies, which is building wind turbines inside helium gas-filled industrial blimps that are tied to the ground and able to generate electricity. According to the company, the turbines will generate twice as much energy as conventional turbines. 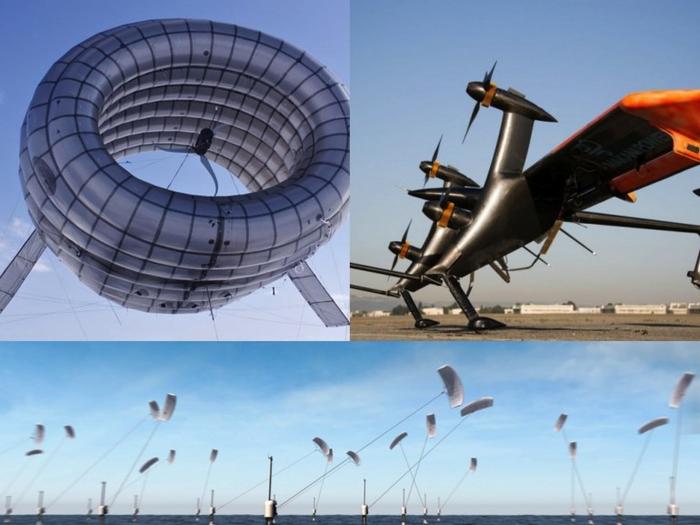 Considered one of the “holy-grails” of 21st century chemistry, solar chemical technology essentially harnesses sunlight to create hydrogen, which can be used as fuel or for commercial purposes in cars, trucks and other vehicles.

"Instead of making starches and sugars that provide sustenance to plants, we're interested in producing transportation fuels ... that are drop-in replacements for the fuels we use now," said Harry Atwater, director at the California Institute of Technology.

"Instead of CO2 being an ever-increasing scourge as a greenhouse gas, we'd like it to become a renewable resource — something we can recycle."

Plus, solar fuel is supported by the man himself, Bill Gates. 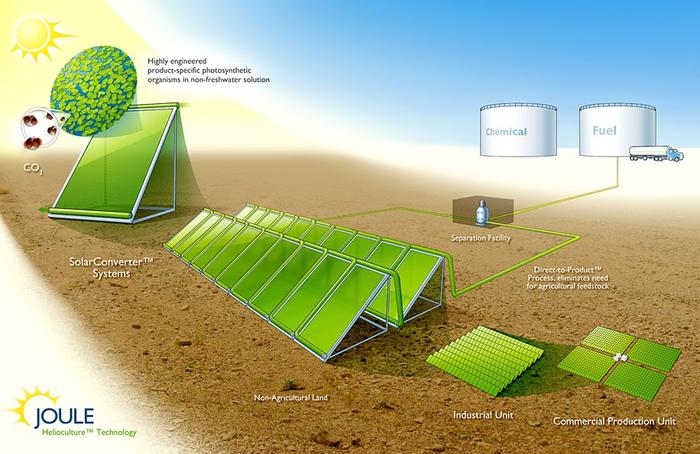 The UK Government must end a year of climate contradictions and stop blundering on high carbon choices, according to the Climate Change Committee as it released 200 policy recommendations in a progress to Parliament update.

While the rigour of the Climate Change Act helped bring COP26 to the UK, it is not enough for Ministers to point to the Glasgow summit and hope that this will carry the day with the public, the Committee warns. Leadership is required, detail on the steps the UK will take in the coming years, clarity on tax changes and public spending commitments, as well as active engagement with people and businesses across the country.

"It it is hard to discern any comprehensive strategy in the climate plans we have seen in the last 12 months. There are gaps and ambiguities. Climate resilience remains a second-order issue, if it is considered at all. We continue to blunder into high-carbon choices. Our Planning system and other fundamental structures have not been recast to meet our legal and international climate commitments," the update states. "Our message to Government is simple: act quickly – be bold and decisive."

The UK’s record to date is strong in parts, but it has fallen behind on adapting to the changing climate and not yet provided a coherent plan to reduce emissions in the critical decade ahead, according to the Committee.

In a separate comment, it said the Prime Minister’s Ten-Point Plan was an important statement of ambition, but it has yet to be backed with firm policies.

Baroness Brown, Chair of the Adaptation Committee said: “The UK is leading in diagnosis but lagging in policy and action. This cannot be put off further. We cannot deliver Net Zero without serious action on adaptation. We need action now, followed by a National Adaptation Programme that must be more ambitious; more comprehensive; and better focussed on implementation than its predecessors, to improve national resilience to climate change.”

Priority recommendations for 2021 include setting out capacity and usage requirements for Energy from Waste consistent with plans to improve recycling and waste prevention, and issue guidance to align local authority waste contracts and planning policy to these targets; develop (with DIT) the option of applying either border carbon tariffs or minimum standards to imports of selected embedded-emission-intense industrial and agricultural products and fuels; and implement a public engagement programme about national adaptation objectives, acceptable levels of risk, desired resilience standards, how to address inequalities, and responsibilities across society.

Drax Group CEO Will Gardiner said the report is another reminder that if the UK is to meet its ambitious climate targets there is an urgent need to scale up bioenergy with carbon capture and storage (BECCS).

"As the world’s leading generator and supplier of sustainable bioenergy there is no better place to deliver BECCS at scale than at Drax in the UK. We are ready to invest in and deliver this world-leading green technology, which would support clean growth in the north of England, create tens of thousands of jobs and put the UK at the forefront of combatting climate change."

Lockdown measures led to a record decrease in UK emissions in 2020 of 13% from the previous year. The largest falls were in aviation (-60%), shipping (-24%) and surface transport (-18%). While some of this change could persist (e.g. business travellers accounted for 15-25% of UK air passengers before the pandemic), much is already rebounding with HGV and van travel back to pre-pandemic levels, while car use, which at one point was down by two-thirds, only 20% below pre-pandemic levels.