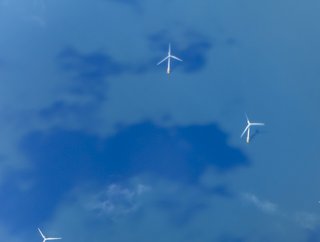 The firm’s offshore wind portfolio has been growing with vigour in recent years, and recently opened its first project in Asia Pacific, the 128MW Formosa 1, off the coast of Taiwan.

Having transitioned from coal-fired power plants to becoming an offshore wind leader with over 10TW in global capacity, Ørsted has become symbolic of the success beyond the challenges of the energy transition with which so many coal, gas and oil firms around the world are grappling.

At present, 85% of Ørsted’s energy production is sourced from renewables, and it is seeking to become entirely renewables-focused by 2025. It aims to “essentially become carbon neutral” by the same year. Just ten years ago, when offshore wind’s potential was still clouded by meteoric costs, the firm generated around 85% of its power through coal; to have converted so rapidly is a staggering achievement.

“I hope we can be an inspiration to others, yes. Both in terms of the radical nature of our transition and the speed” said CEO Henrik Poulsen in Corporate Knights’ announcement.

“When you look at the challenge we face as a global community – to halve our emissions by 2030 even though we have not yet had a single year in which emissions have fallen – it’s clear that all companies must become more ambitious with their timeline for action.

“Companies setting a 2050 target for emissions reductions need to reconsider whether they can do it faster and go further. What we have shown is that you can be much more radical than you might think.”