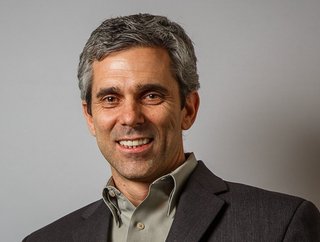 Ory Zik, CEO of Qnergy, says tackling methane emissions is a low-cost solution and essential if we are to reach 2030 net zero targets

We have to be efficient, effective and clean.

We all know that the time to act on climate change is now and net zero is the big goal, but why are so many companies working on expensive plans when methane abatement is the low-cost solution?

Oil and gas majors have pledged to become net zero by 2030 and I think it's a great commitment – and a very ambitious one. So I’d give them A-plus for commitment, but C-minus for implementation. That’s because most of the projects that we've seen being discussed are unlikely to actually happen on time. For example, carbon capture and sequestration and hydrogen economy have huge, costly hurdles to overcome before companies can implement them.

On the other hand, you have easy solutions that can be implemented tomorrow morning to reduce methane emissions, but many companies are still not deploying them. Some of the major oil companies, such as TotalEnergies, have been working with us, but others are on a ‘wait and see’ pattern, even if it’s to implement projects that sometimes cost as little as one dollar per tonne of CO2-e abatement.

The climate crisis is happening now. We can’t afford to ‘wait and see’ any longer. I think what we found talking to the industry veterans at CERA was that there seems to be an unusual amount of alignment on this issue of sustainability. There could be different avenues that people are pursuing, some of which are very high risk and very long term.

For example, if you talk to people who are actively playing in the carbon sequestration and hydrogen marketplace, they all understand that implementation is likely to be 20 to 30 years away. Whereas there are a lot of things we can do today.

President Biden’s Clean Air Act aims to cut methane emissions from oil and gas, so we call for a solution now – not in 20 years. While we're waiting for the EPA to weigh in on the regulatory side, there are a lot of people who are forming public and private partnerships and creating initiatives such as voluntary carbon markets and credit markets that may promote solutions.

There are many reasons why gas prices spike, but if you want to contain energy prices while reducing emissions, you need to find the solutions that are at the lowest abatement cost, namely per tonne of CO2 equivalent, which is what offers now.

Methane emissions from oil fields are scattered all over the place, so you need a distributed solution. Just in the US, about half a million pneumatic devices emit a small amount of methane each, but that’s a huge amount, equivalent to about 10 million cars.

The Stirling generator is a brilliant solution that we use – all the motion happens internally, and it doesn’t need to be serviced so can work for years and years in all conditions, from sandstorms to arctic temperatures. It takes unfiltered wellhead gas and generates power, offering the highest performance for the lowest cost. Hydrogen and carbon sequestration have much higher abatement costs, so if you follow the more expensive path, then energy prices will become even higher.

There’s an accepted wisdom that says big problems require big solutions, big plans and big dollars, which colours the way people think about this. Those of us who are on the more agile side of things are saying: “Let’s go, let's take the low hanging fruit, attack the problem at its source where energy is actually created” and others are saying things like: “We need these great big factories, we need massive carbon sequestration under the seabed floors.”

But those things take decades to play out. We don’t have the time. The energy crisis is hitting now, with rising prices and uncertainty with the situation in Russia.

One thing I'm excited about with the methane space is people are seeing that we can't take natural gas for granted.

Climate change and pollution are the big problem, but Qnergy offers the lowest cost solution. There's no technology risk, it's already implemented and I’m disappointed by companies who are lagging behind by not using it. When it comes to making energy clean, green and reliable, the time to act is now.

Ory Zik is CEO of Qnergy, which was founded to provide reliable power using a wide range of heat sources including conventional and alternative fuels