The role of total organic carbon within wastewater treatment 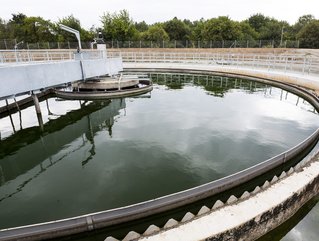 Thames Water recently received a record £20 million fine for releasing millions of litres of untreated sewage into rivers in Oxfordshire, Buckinghamshire and Berkshire between 2012 and 2014. This caused significant environmental damage, including death to wildlife and disruption to businesses and recreational users of the river. In this piece Peter Morgan, Product Specialist at Elementar UK, a leading supplier of TOC instrumentation, discusses the role of TOC testing within environmental testing and wastewater treatment.

How is the quality of water tested?

One of the most commonly used tests to evaluate water quality is TOC testing. The TOC content of water is a basic indication of the level of organic contamination and water purity. Water can contain both natural and synthetic organic matter, both of which are measured by TOC testing. An example of natural organic matter would be humic acids (typically from soil or peat), amine, urea and in the case of the river Thames, faecal matter. Typical synthetic sources could be detergents, pesticides, fertilizers, herbicides and other industrial chemicals. Both of these sources can affect the growth of microorganisms in the water and the toxicity of the water. TOC has been shown to lead to disease in humans, so must be monitored in drinking water.

Alongside organic carbon there may be a significant amount of inorganic carbon (TIC) present in river water. Sources of inorganic carbon include dissolved carbon dioxide and carbonates from the river bedrock, and weathering of surrounding rocks. To get an accurate measurement of the TOC content of water, the TIC must be removed. Fortunately, this is fairly simple to achieve by adding acid to the sample and purging with inert gas free of CO2. All carbonates will then be converted to carbon dioxide and vented along with any dissolved carbon dioxide. Any bacteria present in the sample will also produce carbon dioxide via respiration. This carbon dioxide may also be present in the sample and lost during acidification. For this reason, this type of TOC analysis is known as Non-Purgeable Organic Carbon (NPOC). As the acidification stage is easily automated, NPOC testing is the most common type of TOC testing for water samples.

There are two main types of TOC instrument available (which lend themselves towards different applications).

The first type are combustion analysers. These instruments measure the TOC content after acidification by combusting the sample at 850 °C in the presence of a catalyst. The sample is fully oxidised and all carbon converted to carbon dioxide and detected either by an Electrochemical Detector (ECD) or, for lower detection limits, a Non-Dispersive Infra-Red detector(NDIR). An example of a combustion analyser would be the vario TOC cube and vario TOC select.

The second type of TOC analysers uses the wet chemical UV oxidation/sodium persulphate method. After acidification, sodium persulphate is added to the sample and the sample is illuminated with UV light. This forms hydroxyl radicals and organic compounds are converted to carbon dioxide. Again, the carbon dioxide is detected by an NDIR detector. An example of a wet chemical analyser would be the Acquray.

Which method is best?

The combustion method can oxidise solid particles in the sample, and so it is advantageous for dirty samples like those found in the River Thames. They can also be easily converted for use on solid samples such as solid waste and sludges, giving them greater versatility for some users. The wet chemical method has a lower overall detection limit as larger samples can be analysed and can also be more reproducible. This makes it better for clean water samples such as testing drinking water and pharmaceutical cleaning validation samples. Also, the simpler hardware required gives a lower instrument cost.

In addition to TOC, the amount of Total Bound Nitrogen or TNb is often analysed for in tandem with TOC. While a certain amount of nitrogen in water is required for plant and animal life, an excessive amount becomes another form of pollutant. Nitrogen can be present in the form of ammonia, nitrates and their related forms. TNb is analysed in the same way as TOC but with Nitrous Oxide (NO) detected for, thus TOC instruments are capable of analysing for both TOC and TNb simultaneously in the same sample run.

When testing samples that potentially contain high levels of TOC, such as river and surface water, a combustion analyser would be the instrument of choice to ensure all solid matter is accounted for. For testing of drinking water post-purification treatment, however, a wet chemical instrument offers lower detection limits and lower cost sampling.